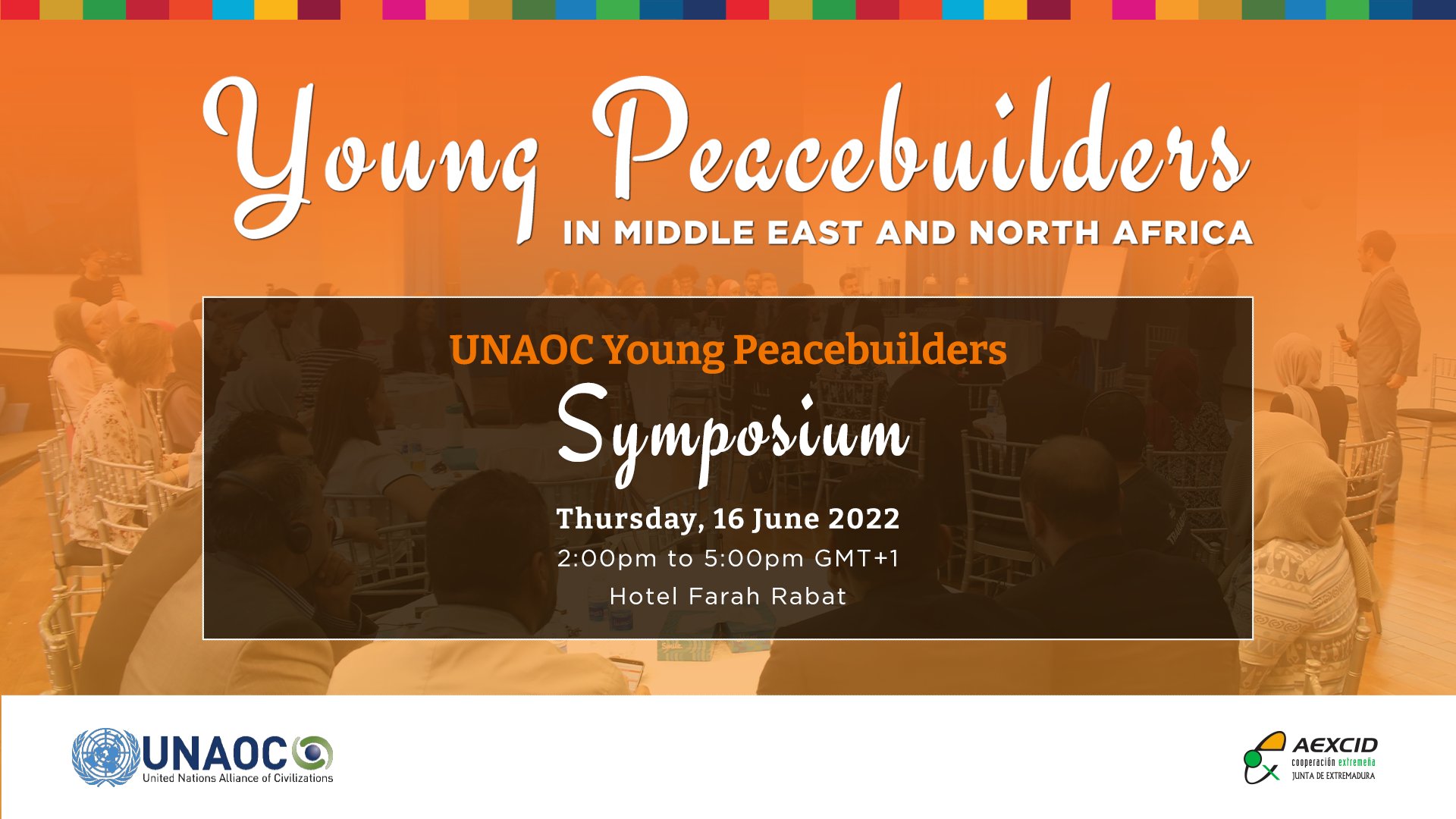 Guided by the principle that youth are key actors to achieve peace and prevent violent extremism, UNAOC develops
educational programming to enhance the ability of young people and their organizations to foster mutual respect,
understanding, and long-term positive relationships between peoples of different cultures and religions.

The UNAOC Young Peacebuilders is a peace education initiative that is designed to support young people in gaining skills that can enhance their positive role in issues of peace and security and in preventing violent conflict. It also brings visibility to the initiatives, actions, and projects initiated by young people toward peace and the promotion of diversity and dialogue. As such, it responds to recent international policy recommendations outlined in the United Nations Security Council Resolutions 2250, 2419, and 2535 on Youth, Peace, and Security and the Secretary-General’s Plan of Action on Preventing Violent Extremism.

This peace education programme consists of four parts. A face-to-face workshop follows an online preparation and is led by field experts and trainers, who help the young peacebuilders to analyze conflicts, practice peacebuilding tools to build bridges between cultures and religions, and design peace projects, which will be implemented in each participant’s community upon returning home. The fourth and last phase is this final symposium, during which the young peacebuilders will share their experience, lessons learned, achievements, and recommendations with a broader audience of practitioners, policymakers, media, and the general public.

UNAOC intends to implement this programme in different regions of the world to grow and strengthen the global movement of young peacebuilders. Through this action, UNAOC is committing to support young people’s participation in peacebuilding with a growing coalition of partners. The first edition of Young Peacebuilders took place in West Africa, and the second and third editions in the region of the Middle East and North Africa (MENA). This 4th edition, also focusing on the MENA region, centered on 20 young women and men, between the ages of 18 to 25, and coming from all across the region.

Implemented with the generous support of the Agencia Extremeña de Cooperación Internacional para el Desarrollo (AEXCID), UNAOC’s Young Peacebuilders programme is a powerful example of a partnership that can strengthen the ground-breaking UN agenda on Youth, Peace and Security, which recognizes that “young people play an important and positive role in the maintenance and promotion of international peace and security.”