You are here: Home / Who We Are / High Representative / Previous Leadership

High Representative for the United Nations Alliance of Civilizations (2013-2018) 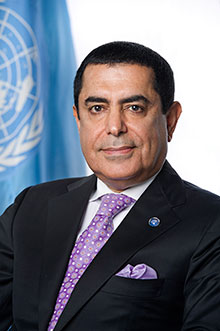 Prior to that, Mr. Nassir Abdulaziz Al-Nasser was the President of the Sixty-Sixth session of the United Nations General Assembly from September 13, 2011 to September 17, 2012.

A veteran diplomat, Mr. Al-Nasser has the rank of Minister, granted by His Highness the Emir of the State of Qatar.
He has contributed to advancing the multilateral agenda in the realms of peace and security, sustainable development and South-South cooperation over a career spanning nearly four decades.

For the past 13 years, from 1998 to 2011, Mr. Al-Nasser served as Ambassador and Permanent Representative of Qatar to the United Nations. During this period, he played leading roles as Chairman of the General Assembly’s Special Political and Decolonization (Fourth) Committee (2009 to 2010) and as President of the General Assembly High-level Committee on South-South Cooperation (2007 to 2009). He also chaired the Group of 77 and China at the United Nations in New York (2004), guiding action that paved the way for the Second South Summit of the Group, which took place in Doha, Qatar, the following year, and led to the establishment of the South Fund for Development and Humanitarian Affairs, a financing mechanism aimed at assisting the countries of the South in addressing issues such as poverty, hunger and natural disasters.

Mr. Al-Nasser represented his country on the United Nations Security Council during the two-year term of Qatar as a non-permanent member (2006 to 2007). He was Security Council President for the month of December 2006, when the Council took action on a range of complex peace and security issues, including international cooperation to combat terrorism and the protection of journalists in armed conflict. He also presided over three of the subsidiary bodies of the Council.

During his term as Ambassador to the United Nations, Mr. Al-Nasser also served as a Vice-President of the fifty-seventh session of the United Nations General Assembly (2002 to 2003) and represented his country at numerous international and regional conferences and other forums. At the same time, he served as non-resident Ambassador to a number of countries in the Americas, including Argentina, Belize, Brazil, Canada, Colombia, Cuba, Nicaragua, Panama, Paraguay and Uruguay.

Earlier, Mr. Al-Nasser was appointed as his country’s resident Ambassador to Jordan (1993 to 1998), before which he was first posted to the Permanent Mission of Qatar to the United Nations, New York, as Minister Plenipotentiary (1986 to 1993).

Mr. Al-Nasser entered the international arena at an early age, and was appointed Attaché at the Embassy of Qatar in Beirut, Lebanon, in 1972. He was assigned to the Embassy of his country in Islamabad, Pakistan, in 1975 and, later that year, was dispatched to Dubai, United Arab Emirates, where he served as Consul-General for Qatar through August 1981.

The recipient of numerous decorations and awards, Mr. Al-Nasser was made an honorary fellow of the Foreign Policy Association in New York in 2009. He also holds three honorary doctorates, in international affairs from the government of China through Chongqing University, from the Institute of Oriental Studies of the Russian Academy of Sciences in recognition of his efforts to foster cross-cultural understanding and strengthen the work of the UN Alliance of Civilizations initiative, Doctorate of Laws from Fordham University in the United States, a Doctor Honoris Causae from Candido Mendes University and an Honorary Doctorate in Philosophy from TERI University and Institute in New Delhi – India. He was awarded by the United Nations Association of New York their 2012 Humanitarian Award. In 2014, Mr. Al-Nasser received from The Islamic University of Malaysia an Honorary Doctorate. In 2017, Al Farabi Kazakh University presented him with an honorary doctorate.A wide range of countries have conferred on him their national awards, including the Medal of Independence of the Government of the Hashemite Kingdom of Jordan; Grand Officer, Order of Merit (Italy); Medal of Grand Commander of the Order of Makarios III (Cyprus); National Order of Doctor José Matias Delgado (El Salvador); and Commander of the National Order of the Republic (Côte d’Ivoire). Recently Mr. Al Nasser accepted the title of Knight Grand Cross of the Royal Order of Francis I.

In his private capacity, Mr. Al-Nasser serves on the boards of a number of institutions, including the Board of Advisors of the New York University Center for Dialogues. Educated in Doha and Beirut, he is fluent in Arabic and English.

Mr. Al-Nasser was born on September 15th 1953 in Doha. He is married to Muna Rihani and has one son, Abdulaziz.

High Representative for the United Nations Alliance of Civilizations (2007-2012) 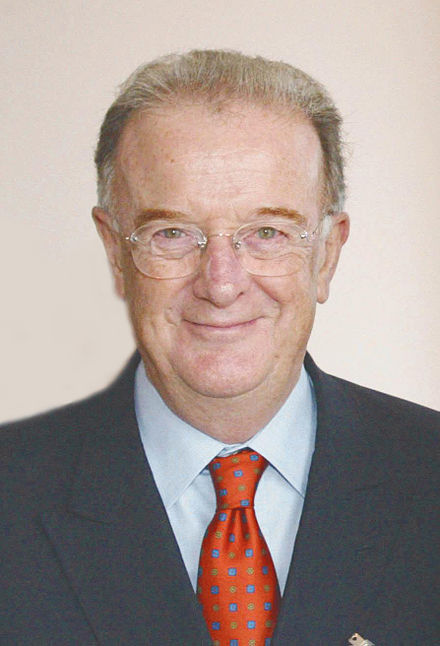 Mr. Sampaio was the former President of the Portuguese Republic, a former United Nations Secretary General Special Envoy to Stop Tuberculosis, and the first appointed High Representative for the United Nations Alliance of Civilizations.

Mr. Sampaio started his political career as a college student at the Law School of the University of Lisbon. Following his graduation in 1961, Jorge Sampaio begun a notable career as a lawyer.

He won the presidential election in1996 and in 2001 and served until March 2006. As President, his actions were mainly focused on education, social issues, human rights for all, European and international affairs. Jorge Sampaio was appointed in May 2006 by the United Nations Secretary-General as his Special Envoy to Stop Tuberculosis. His task is to work to reach the Millennium Development Goal of beginning to reverse the incidence of the disease by 2015.

In April 2007, he was appointed as the High Representative for UNAOC, and served in this capacity until the end of his tenure in 2012.