Remarks by Mr. Miguel Angel Moratinos,
The High Representative for the United Nations Alliance of Civilizations,
on “Strategies to Promote Tolerance and Combat Hate Speech” at the
Informal Meeting of the Ministers’ Deputies of The Council of Europe 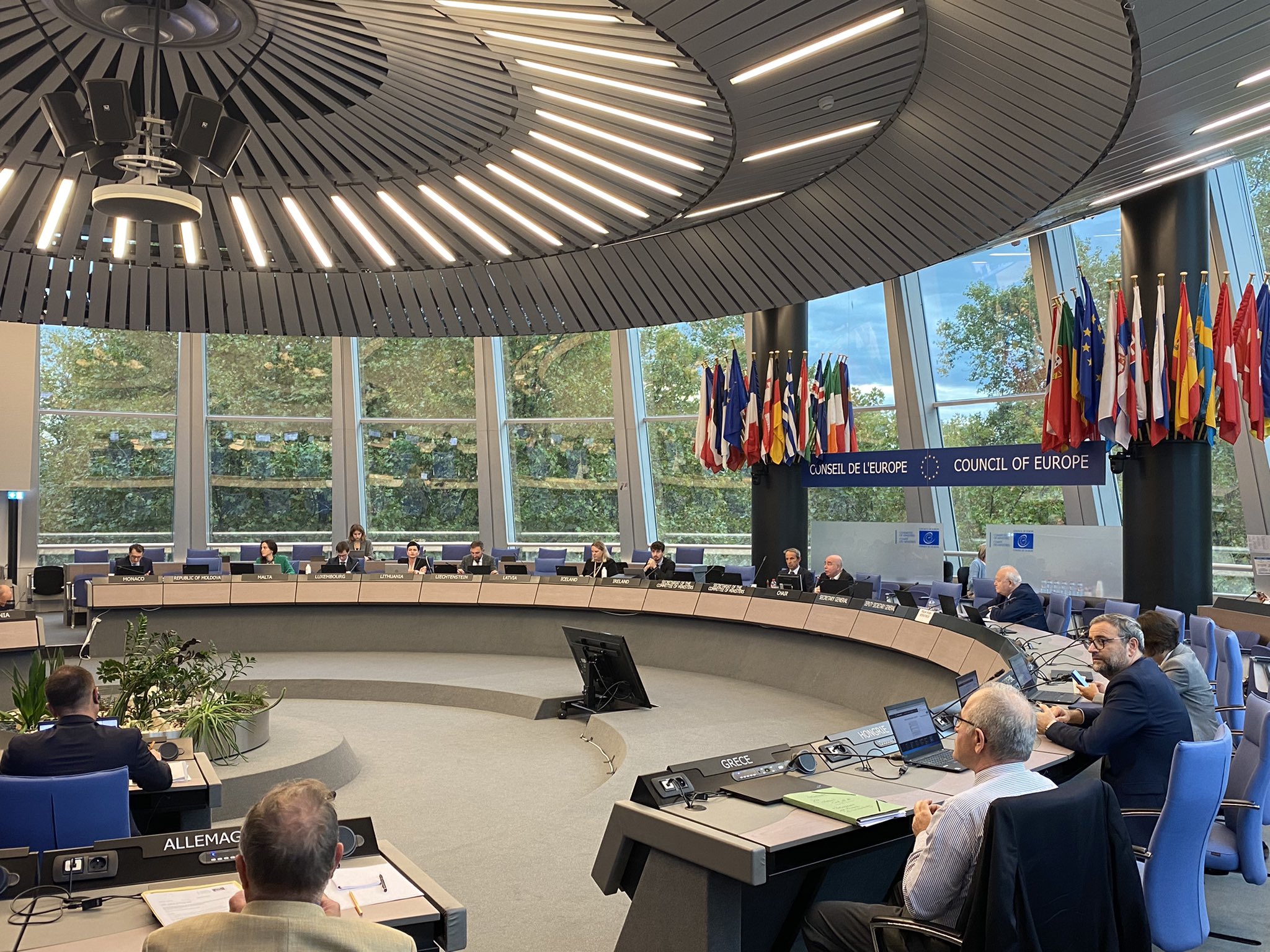 Your Excellency, Amb Breifne O’Reilly, Chair of the Ministers’ Deputies,
Mr. Daniel Holtgen, Special Representative of the Secretary General of the Council of Europe on Antisemitic, Anti-Muslim and other forms of religious intolerance and Hate Crimes,
Excellencies,

It gives me great honor to be back to this chamber, this time in a different capacity yet addressing a topic that has always been close to my heart. And I thank Ambassador O’Reilly for inviting me and Mr. Daniel Holtgen for providing the opportunity and following up.

The theme at hand today is about promoting tolerance and combating hate speech.

I prefer to use the word “mutual respect” instead of “tolerance”. Mutual respect means acceptance of the other and respecting differences. It is a conscious decision that individuals take to respect “other” people who have a different religion or no religion, a different color of skin, a different language, and a different gender. It is not dictated by law or any higher power.

Tolerance, on the other hand, does not necessarily mean the reciprocity of respect.

On the other hand, the absence of mutual respect, intolerance and hate speech based on religion, belief or ethnicity feed into each other. These are vices that have long plagued our societies.

With the pandemic, such fissures were exposed. Hate speech, racism and misogyny surged. And as we know, in times of uncertainties vilifying the most vulnerable, including religious communities becomes convenient. Hence, the upsurge in discrimination and hate crimes based on religion or belief including antisemitism and anti-Muslim hatred.

Paradoxically, divisions and mistrust are on the rise at a time when societies have become ever more multi-ethnic and multireligious. We need to invest in social cohesion, so that diversity is rightly seen as a richness, not a threat. At the same time, we need to ensure that every community feels that their identity — their culture — is being respected.

For all we know, discrimination diminishes us all. It prevents people — and societies — from achieving their full potential.

It is in this context that we can pause to analyze the troubling rise of nativism and far-right xenophobic movements. These movements, fueled by “fear of the other” and unfounded theories of an eminent “take-over” by one faith community of the other’s identity, only serve to cement the power of those who irresponsibly weaponize them during times of crises.

Far-right parties have re-entered national Parliaments with the xenophobic rhetoric that we hoped to overcome in the last century.

Nativist manifestations by state and non-state actors have gained traction as a talking point in public discourse, hence diluting the principle of equal citizenship rights that are the foundations of democratic societies.

It is with great concern that I see these movements expand.

Yet, I believe that this is one of the reasons why we must continue working together. To counteract these narratives and their underlying causes, by bringing together the new actors of global cooperation.

We can no longer ignore the key actors that have emerged from the great technological, scientific, economic, and social transformations of our time. We must mobilize these actors and define new business models that fit the purpose and address online hate speech without infringing on fundamental human rights. Civil society organizations, faith actors, youth and especially young women are all powerful forces within our societies and we must invest in them to build cohesive societies.

Let’s agree that any siloed approach will fall short.

An ALL-of-Society approach, is, therefore, indispensable.

The freedom of religion or belief and the freedom of expression are interdependent, interrelated, and mutually reinforcing rights rooted in articles 18 and 19 of the Universal Declaration of Human Rights.

The Human Rights Council in its Resolution on Combating intolerance, negative stereotyping and stigmatization of, and discrimination, incitement to violence and violence against, persons based on religion or belief re-affirmed the commitment made by all States under the Charter of the United Nations to promote and encourage universal respect for and observance of all human rights and fundamental freedoms without distinction as to, inter alia, religion or belief.

It also reaffirmed the obligation of States to prohibit discrimination on the basis of religion or belief and to implement measures to guarantee the equal and effective protection of the law.

There is little merit in lamenting our shortcomings without the commitment to address them with a clear vision.

The Secretary General of the United Nations has made tackling the root causes of intolerance and hate an urgent priority for the United Nations. For this reason, he requested my office to develop The United Nations Plan of Action to Safeguard Religious Sites: In Unity and Solidarity for Safe and Peaceful Worship right after the Christchurch attacks. The plan strongly underscores the necessity of building mutual respect through dialogue, education, and awareness campaigns targeting all segments of society.

As such, we must resist and reject those who falsely and maliciously invoke religion to build misconceptions, fuel division, and spread fear and hatred. We must especially stand up to hate speech, misogyny, and discrimination based on religion or belief including antisemitism, Muslim hatred and persecution of Christians as well as other forms of religious intolerance.

This principle is reflected in our motto: “Many cultures. One Humanity”. Translating words into action, we have tailored programs and initiatives in support of grassroots, faith-based organizations, youth-led organizations and women-led organizations whose work on the ground aims to promote intercultural and interreligious dialogue, diversity, and mutual respect.

As you are aware I have been designated by the Secretary-General as the UN focal point to monitor antisemitism and enhance a system-wide response. I have engaged with major Jewish organizations in the US and elsewhere, as well as relevant stakeholders including UN entities, Member States, and envoys on combatting antisemitism. last June, I convened with the European Union delegation an informal meeting to brief member states on efforts and strategies to combat antisemitism. Ms. Katharina Von Schnurbein, European Commission Coordinator of Combating Antisemitism and Fostering Jewish Life presented the EU Strategy in this regard. UNESCO and the UN Department of Global Communications also presented their work.

The adoption of the UN General Assembly Resolution on the “Holocaust Denial” in January 2022 demonstrates the collective will of the international community to take another step in the right direction in the global fight against antisemitism since the denial of the Holocaust in its various forms is an expression of antisemitism.

I hope that by the first quarter of 2023, we will agree on an Action Plan that would provide guidance toward a coordinated and enhanced response to antisemitism anchored in human rights.

On anti-Muslim hatred, I was very pleased to participate in the annual coordination meeting of the Organization of Islamic Cooperation which was held during a few weeks ago at the UN headquarters during the High-Level week. Prior to that, I was invited to address the 48th Session of the Council of Ministers of the OIC in Islamabad. Both meetings provided a good opportunity to engage with officials from Muslim countries and to offer UNAOC as a global platform for dialogue across the faith spectrum. I was particularly pleased by the UN General Assembly Resolution earlier this year proclaiming 15 March as the International Day to Combat Islamophobia. The resolution is truly significant. The resolution referred in its preamble to my Press Statement “A call for mutual respect” which my office issued in April 2020 in reaction to the heated debate in Europe about the freedom of expression and the right to insult religions as a form of exercising free speech.

Within this context, I wish to recall the UN Strategy on Hate Speech which was developed by the Office of the Special Advisor on Genocide Prevention. UNAOC was one of the working groups together with other UN entities which provided input to the plan.

Before I conclude, I wish to inform you that our 9th Global Forum will be hosted by the Kingdom of Morocco and will take place on 22-23 November in the city of Fez, Morocco. The city of Fez was chosen in view of its ancestral character and its spiritual symbolism. As one of the oldest cities in Morocco, it hosts synagogues, mosques, and churches and stands as a model for interfaith harmony.

It is my belief that when religious intolerance against specific religion or faith exists in a society, there will be most likely other forms of discrimination and racist ideologies.

As members of the human family, we must nurture mutual understanding through dialogue to achieve mutual respect. We all have a responsibility to look out for each other, respect differences, and promote living together in peace.