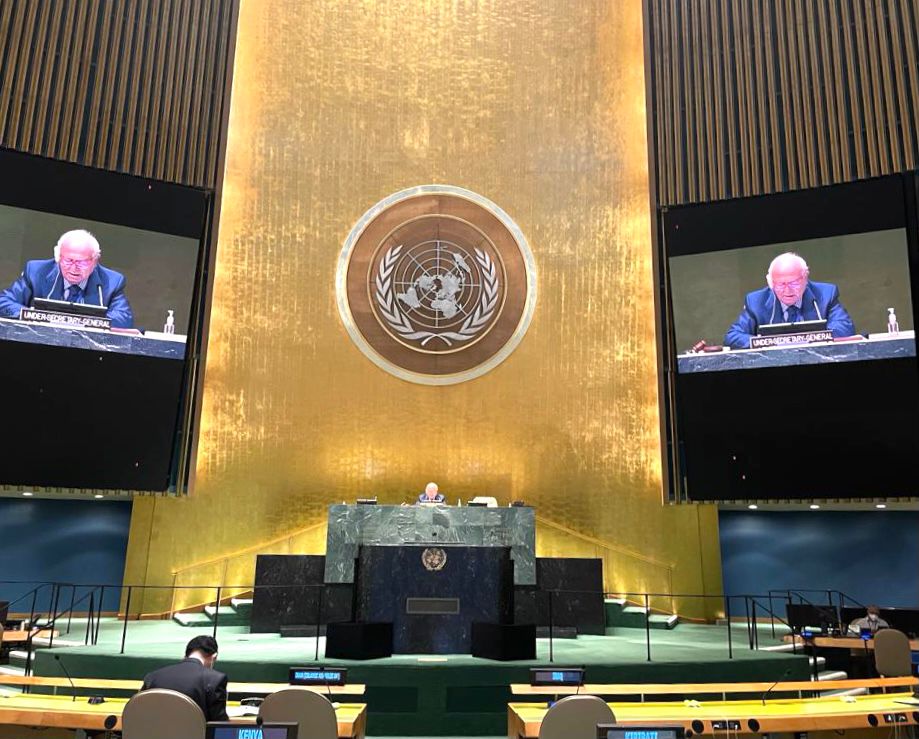 I am honored to be chairing this wrap-session on “Responding to new and evolving counter-terrorism challenges in the new decade.

The duration of this session is 20 minutes. I will be brief in my introduction. Each of the distinguished speakers will have 5 minutes. Then I will conclude.

We have heard over the past couple of days very interesting and inspiring views from distinguished speakers who identified the challenges of the new decade and means of responding to these challenges.

The main takeaways are as follows:

1. There has been, a general consensus, that despite our advances In our global efforts in the fight against terrorism, yet the threat has persisted and diversified. Our fight against terrorism is far from being over. Terrorist groups have thrived and benefited from the fissures and inequalities in our societies which were exacerbated by COVID 19.

2. The growing transnational threat of white supremacist, neo-Nazi, and other ethnically or racially motivated movements

3. The normalization of hate speech, and the rise of stigma, xenophobia and misogyny using innovative technologies and new online platforms. So we are battling the COVID19 pandemic and the hate pandemic. And I am very pleased that I will be addressing this topic in a side event that we are co-organizing with UNOCT, UNCCT, and the Kingdom of Saudi Arabia as we also launch our joint initiative EDIN (Empowering Dialogue & Interfaith Networks) The pilot project showcases how young leaders and young faith actors can challenge terrorist ideologies using these new on;-line platforms to channel messages of peace and mutual respect and understanding.

4. The fate of foreign fighters and the debate over the fate of the stranded women and children associated with them.

The UN Secretary-General in his remarks at the opening session summed up, in a nutshell, the way forward in 3 priorities:

1. Implementing & fulfilling SDG 16 essentially building resilient, cohesive and just societies and institutions. This will enable States to deny terrorists the space to operate, bring them to justice and provide security to their populations.

2. A human-rights reset for counter-terrorism. When human rights and basic freedoms and civic space are thwarted, the terrorist’s narratives are emboldened.

3. Rising to the challenges and opportunities of transformative technologies including cyberspace, behavioral science and artificial intelligence. Such technological advances should be harnessed within the rule of law and human rights law.

Concluding, I truly believe that defeating terrorists and radical ideologies, winning hearts and changing mindsets are as crucial as advancing our security governance strategies and policies. As USG Voronkov put it in his opening remarks on Monday, “Terrorists are enemies of civilization. They seek to destroy not just lives, but ways of life. They are threatened by the values enshrined in the United Nations Charter.”

In this context, UNAOC, as Vice-Chair of the Global Coordination Compact Working group on Preventing and Countering Violent Extremism, addresses Pillar One: Measures to Address the Conditions Conducive to the Spread of Terrorism. We use soft power tools and developed action plans to complement the security governance measures such as the UN Strategy to Safeguard Religious Sites, deploying the power of sports to promote inclusiveness and diversity. With UNOCT and other partners, we launched the “UN Global Guide on the Security of Major Sporting Events which engages decision-makers with community leaders when it comes to securing major sporting events. These are just a few examples of how a holistic, all-of-society approach is essential for our success in countering terrorism.

These in a nutshell are some of the key points. I will leave it there and without further ado, I give the floor to His Excellency Amb. Abdullah Al-Mouallimi, Permanent Representative of Saudi Arabia.