"You have my total commitment to jointly work with you and other stakeholders to stem out anti-Muslim bigotry, hate, and all forms of related intolerance based on religion or belief."

Remarks by Mr. Miguel Moratinos
the High Representative for the United Nations Alliance of Civilizations
at the High-Level Event in Commemoration of the International Day to Combat Islamophobia

Let me begin by thanking all of the members of the Organization of Islamic Cooperation for organizing this timely event.

I have followed with much interest the outcome of the 47th session of the Council of Foreign Ministers of the Organization of Islamic Cooperation “United Against Terrorism for Peace and Development” which was successfully held in Niamey, the Republic of Niger on 27-28 November 2020.

Now more than ever, unity and solidarity should be guiding our actions as we stand together against the surge in ethnonationalism, neo-Nazism, stigma, and hate speech targeting vulnerable populations including Muslims, Jews, and Christians.

It is indeed deeply troubling to witness the sharp rise in Islamophobia and anti-Muslim hate.

However, anti-Muslim hate is not a new phenomenon. Two years ago, we were appalled by the massacre of 51 Muslim worshippers in 2 mosques at Christchurch, New Zealand. The heinous crime was perpetuated by a single individual harboring far-right extremist ideologies and anti-Muslim prejudices.

But even before the Christchurch attacks, disturbing stereotypes and tropes about Muslims and Islam were quite prevalent particularly following the terrorist attacks of 9/11. The horrific attacks re-inforced existing suspicion of and prejudice against Muslims.

The United Nations Alliance of Civilizations was created fifteen years ago in response to the fall-out in relations between Muslim countries and the West after the 9/11 attacks and the terrorist attacks that followed in London, Madrid, and Bali. Co-sponsored by the governments of Turkey and Spain, the Alliance was launched as the UN Secretary-General’s political soft power tool to address the root causes of polarization and radicalization and mobilize concerted actions towards a paradigm of mutual respect among diverse cultures and religions.

Despite progress made in building bridges of understanding through the promotion of intercultural and interfaith dialogue, manifestations of anti-Muslim hatred persisted and morphed into different forms. Islamophobia cannot be seen in isolation from the worrying increase in xenophobia and hate speech against minorities including immigrants and other faith communities.

Across the world, we have witnessed a resurgence in ethnonationalism, neo-Nazism, stigma, and hate speech targeting vulnerable populations including Muslims, Christians, and Jews as well as other faith communities.

Such vile acts are an affront to international law and relevant human rights laws and the values of the United Nations and particularly the freedom of religion or belief.

Mutual respect, interfaith harmony, and peaceful co-existence are attainable when there is broad space for everyone to practice the rituals of their religions or beliefs freely and safely.

Fighting discrimination, racism and xenophobia is a priority for the United Nations. The United Nations Plan of Action to Safeguard Religious Sites was developed by my office in 2019 to specifically address the rise in attacks on places of worship including synagogues, churches, and mosques. The UN Strategy on Hate Speech was also launched in 2019. The two plans complement each other by offering concrete recommendations to state and non-state.

Recalling also the Document of Human Fraternity, I echo the UN Secretary General’s support of the document which I truly believe is a model of interfaith harmony.

As we strive to re-build cohesive and inclusive societies, we all have a responsibility to speak out and act against Islamophobia and anti-Muslim bigotry.

In this context, I support the decision by the Council of Foreign Ministers of the Organization of Islamic Cooperation number 71/47 to designate 15 March as an International Day to Combat Islamophobia each year.

I also wish to note the recommendation offered by the Special Rapporteur on Freedom of Religion or belief in his report in February 2021 on Countering Islamophobia and anti-Muslim Hatred to Eliminate Discrimination and Intolerance based on Religion or Belief that UN entities including UNAOC, Office of the Special Advisor on Genocide Prevention, UNESCO, Office of the High Commissioner for Human Rights should enhance their collaboration with UN relevant Special Procedures mandate holders to undertake joint action on discrimination and violence emanating from Islamophobia.

Such collaboration and coordination between our offices will strengthen our collective action against all forms of discrimination based on religion or belief.

You have my total commitment to jointly work with you and other stakeholders to stem out anti-Muslim bigotry, hate, and all forms of related intolerance based on religion or belief. 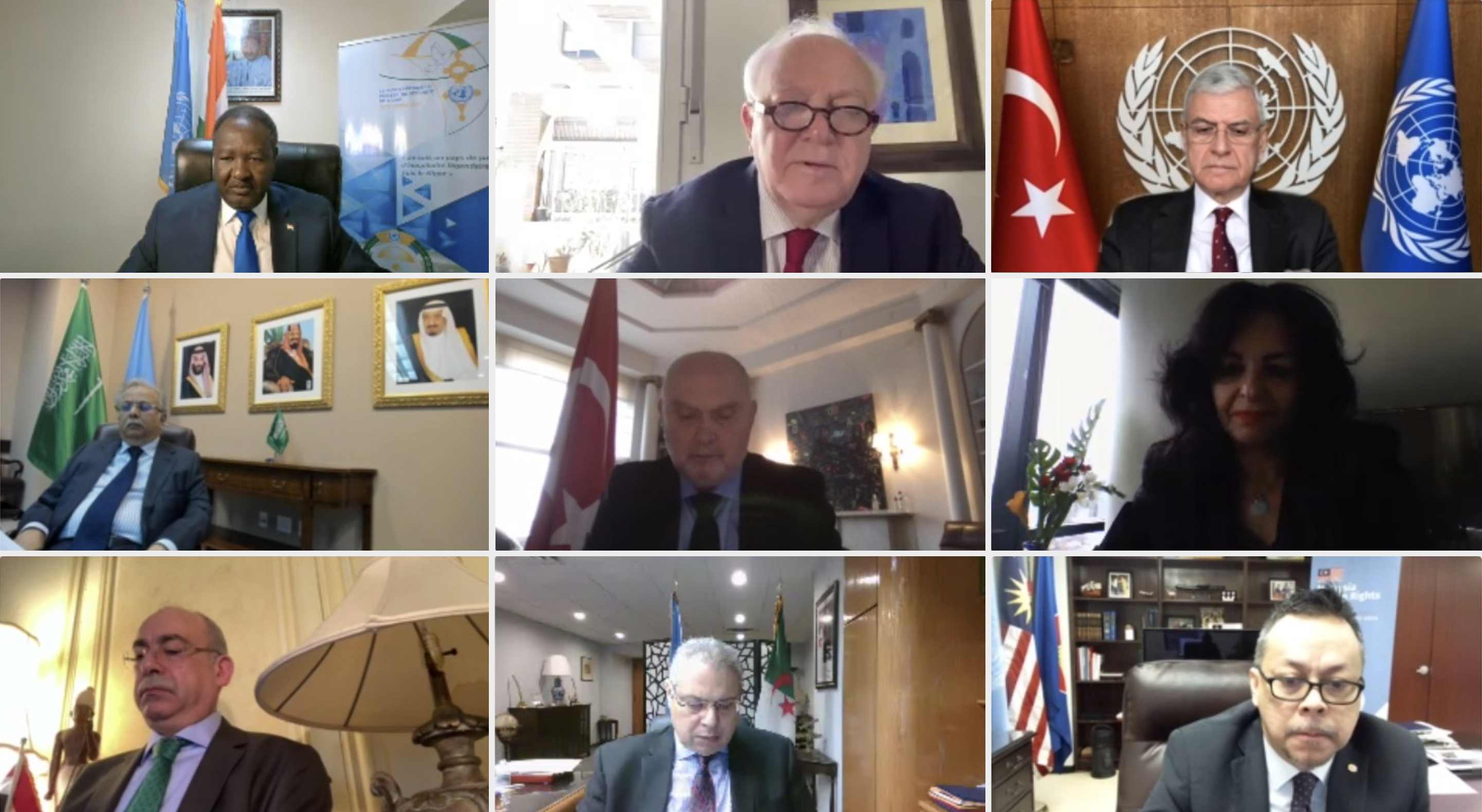