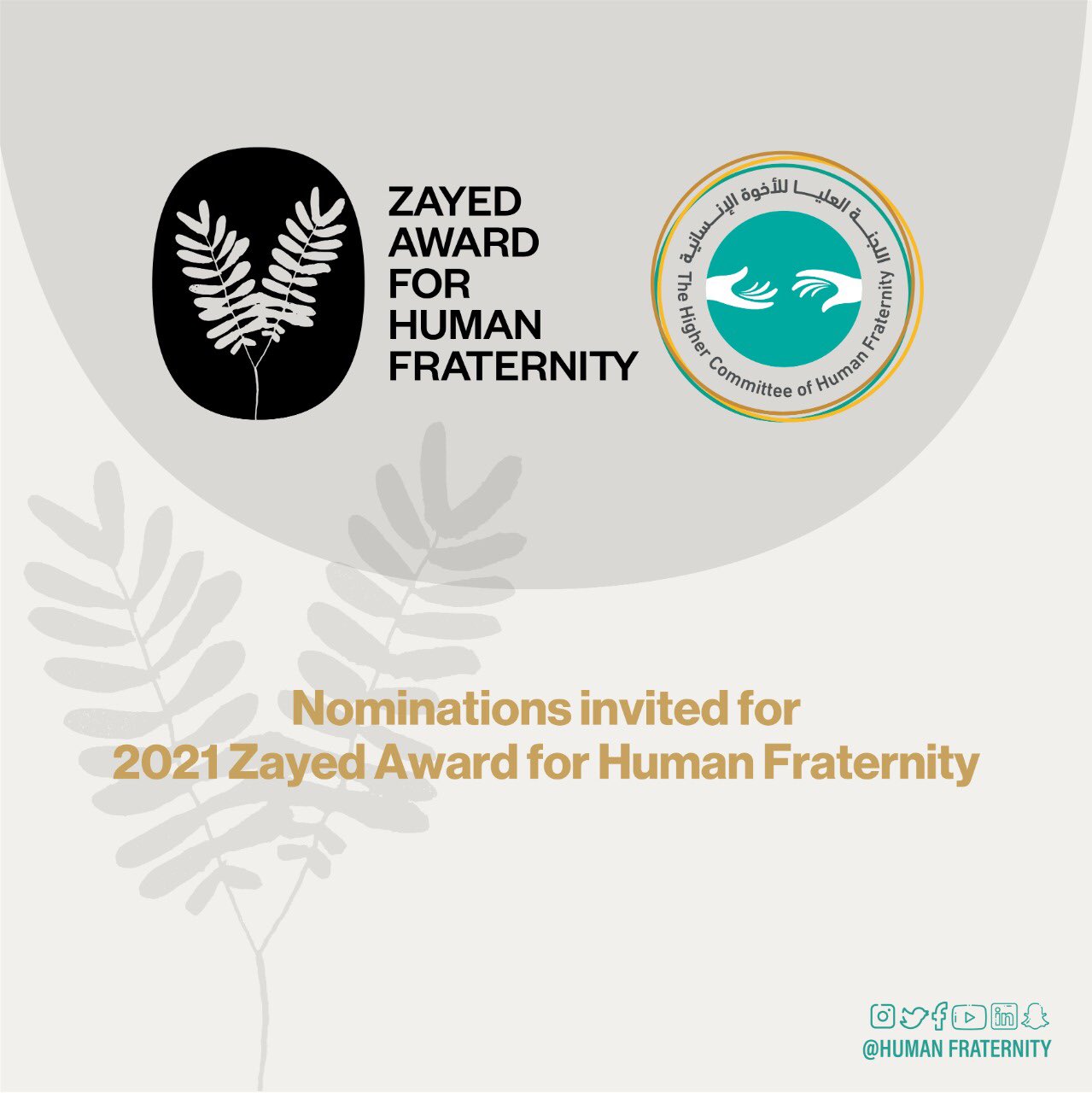 The award, created in 2019 to recognize outstanding work by individuals or entities in creating breakthroughs and driving human progress, has previously been awarded to His Holiness Pope Francis and Grand Imam of Al-Azhar His Eminence Dr Ahmad al Tayeb.

The two leaders were presented with the award following their historic signing in Abu Dhabi of the Document on Human Fraternity, which calls for all people to put aside difference in pursuit of progress through understanding, reconciliation and peace.

The 2021 Zayed Award for Human Fraternity, which includes a prize of one million dollars, is the first time the award has been opened to nominations.

The award is named in homage to Sheikh Zayed bin Sultan al Nahyan, the late ruler of Abu Dhabi and founder of the United Arab Emirates, whose values of humility, humanitarianism and respect epitomize the enduring ideals it seeks to celebrate.

Nominations for the award can be made by members of government, former heads of state, Supreme Court judges, UN leaders, leading academic and cultural figures, HCHF members and international NGO heads.

The recipient or recipients of the 2021 award will be decided by an HCHF-appointed independent committee of experts. The committee includes:

The nominations process will close on December 1 and the winner or winners will be announced on February 4, 2021.

Formed in 2019, the Higher Committee for Human Fraternity is an independent committee dedicated to achieving the aspirations of the Document for Human Fraternity by bringing people across the world together, in the spirit of peaceful co-existence. The committee comprises a diverse group of international religious leaders, scholars and cultural leaders.