I have an ambitious plan that aims at strengthening and consolidating the relevance of the work of UNAOC visa-a-vis conflict prevention and conflict resolution. To that end, the new five-year work plan (2019-2023 ) envisages new approaches and initiatives that are measurable and results-oriented. At the same time, the plan re-enforces current project activities that have had a proven impact on the ground. 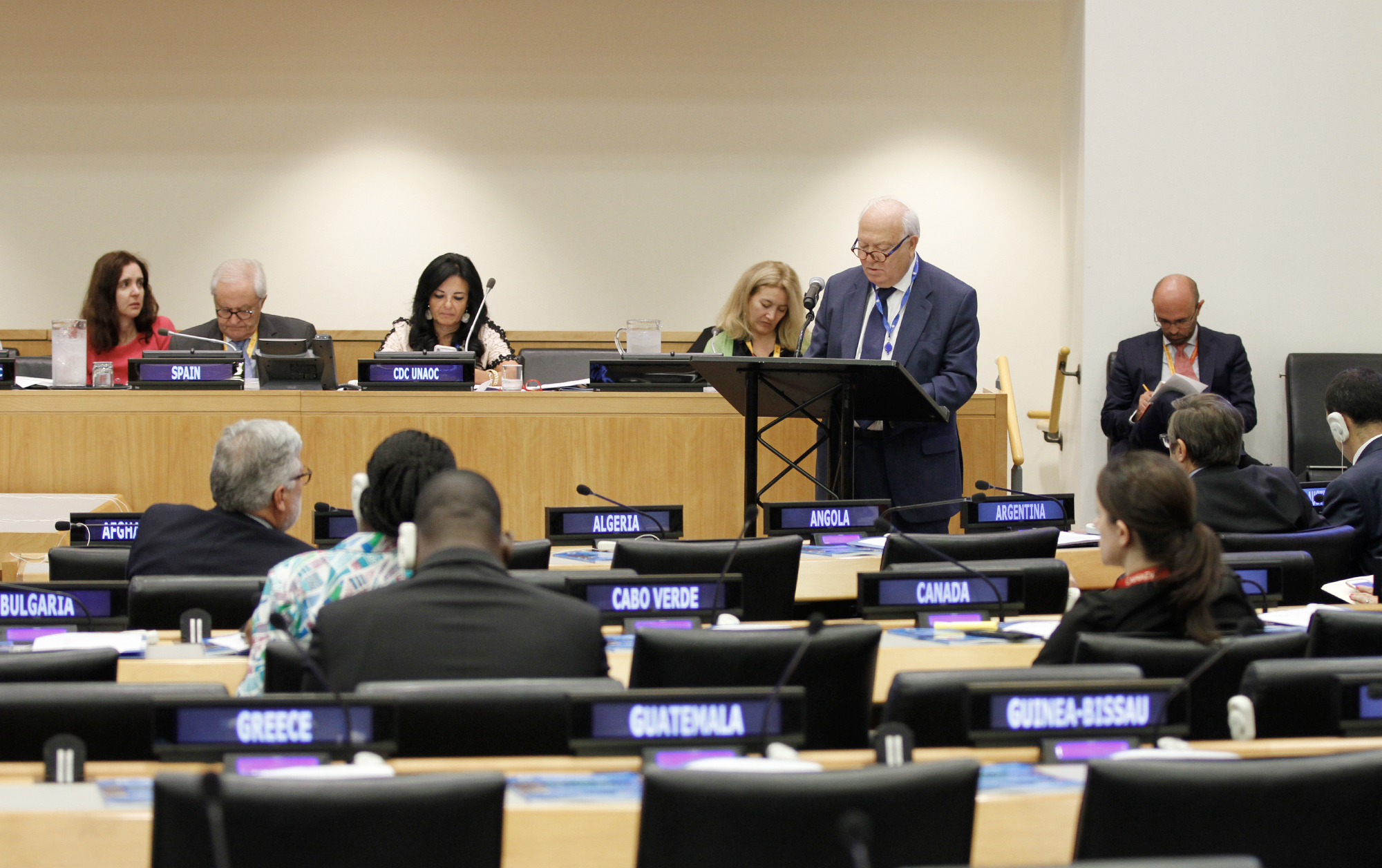 Your Excellency, Mr. Fernando Valenzuela,
Secretary of State of Foreign Affairs of Spain,

It is my great honor to welcome you to UNAOC High-Level Ministerial Meeting. This is the first meeting of the Group of Friends of UNAOC that I chair since I took office in January 2019. During the past few months, I have engaged with most of you either bilaterally or during my interventions. We exchanged views on the course of action that UNAOC should take in the next few years to make it more action-oriented and rooted in the UN. My first official trip was to Madrid and Ankara, where I presented my vision to the co-sponsors of the Alliance, Spain and Turkey. The valuable input I received during all these meetings had been reflected in the work plan that I intend to present to you today. I was also heartened by the overall support that I received for me personally and for the work of the Alliance.

I seize this opportunity to welcome H.E. Mr. Jose Luis Zapatero, former President of the Spanish Government for his unwavering belief in the initiative he created almost 15 years ago and his trust and support for me throughout the years. I also welcome my good friend H.E. Mr. Amr Moussa, Former Secretary-General for the League of Arab States. 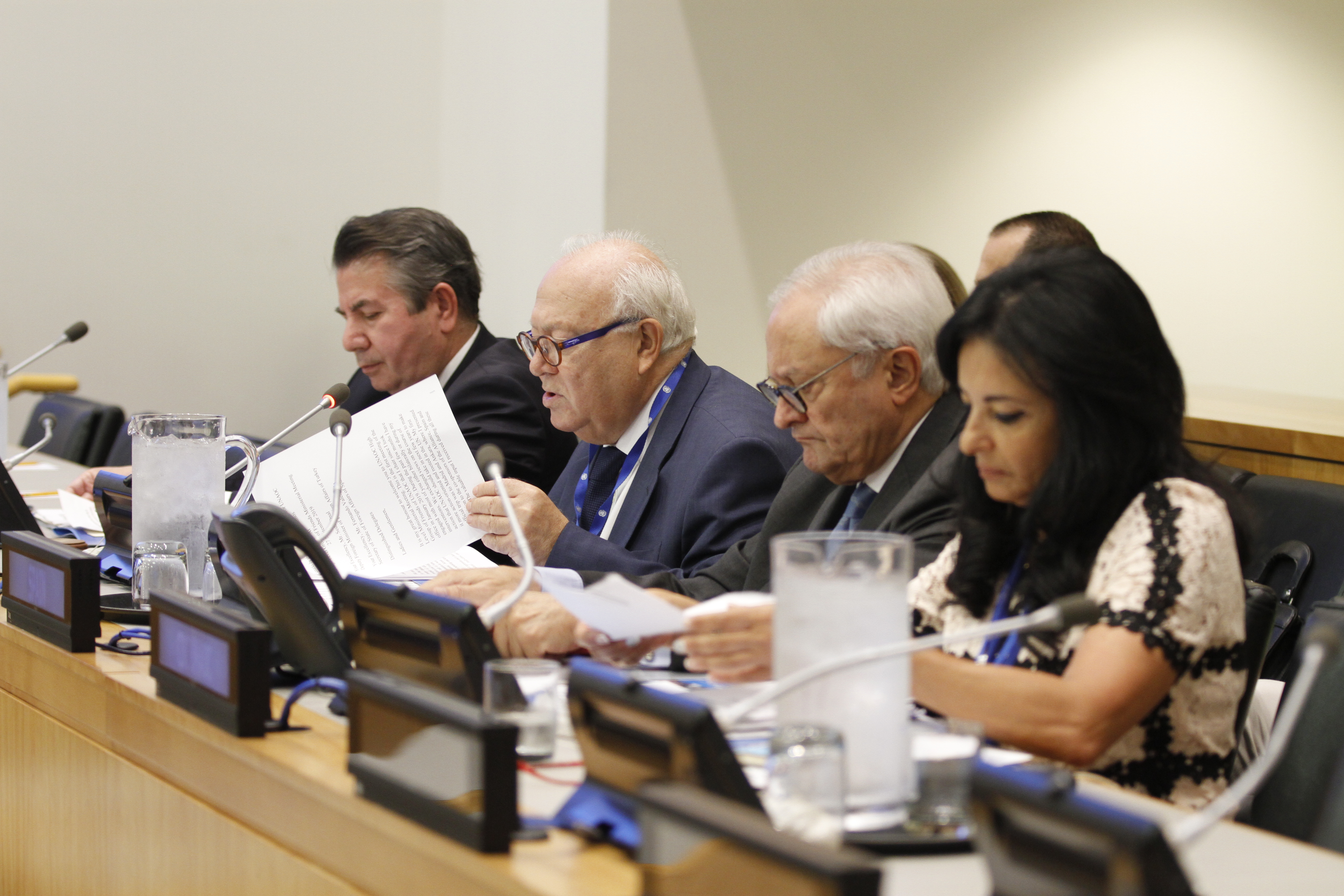 We are all too aware that despite unprecedented progress in the most recent history of humankind, there are still many threats in achieving peace and harmony between people of different cultures, religions and ethnicities. Cultural and religious pluralism is being challenged by the rising tide of xenophobia, racism and many forms of discrimination as well as an ever-growing phenomenon of radicalization. Across the global landscape, we see conflicts persisting and terrorism spreading.

There is a regression and a lack of trust in the viability of a multi-cultural, multi-ethnic and multi-lingual world. In some cases, it is due to the lack of knowledge or understanding; in others, it is a question of political leadership and will.

Since its inception in 2005, the United Nations Alliance of Civilizations continues to be an ardent defender of inclusiveness and efficient multilateralism.

Crucial components of an effective multilateral system are the commitment to respect, dialogue, empathy, inclusion, diversity, solidarity, dignity, multiculturalism and living together, and those are precisely the values and principles underpinning the conviction shaping my vision for this organization.

As this organization approaches its 15th anniversary in 2020, UNAOC remains a viable tool for conflict prevention and conflict resolution through actions across its 4 pillars including the promotion of intercultural and interfaith dialogue. That tool had been often neglected.

At the same time given the complex nature of today’s multidimensional conflicts, I realized that there was a need to cultivate new forms of cooperation – based on genuine inclusivity – with other international and regional organizations, civil society, faith actors, municipalities, young women and men and the private sector.

I would like to recall the urgency felt when the Alliance was first created. There is a need to re-invigorate that spirit again and revamp its tools.

I have an ambitious plan that aims at strengthening and consolidating the relevance of the work of UNAOC visa-a-vis conflict prevention and conflict resolution.

To that end, the new five-year work plan (2019-2023 ) envisages new approaches and initiatives that are measurable and results-oriented. At the same time, the plan re-enforces current project activities that have had a proven impact on the ground.

The new work plan has been drawn benefiting from the vision of the co-sponsors Spain and Turkey whose political and financial support for the Alliance has been invaluable over the years.

It defines in broad terms the building blocks that should define the course of action for the future work of UNAOC.

I will be making a presentation of the main segments of the Action Plan for UNAOC later.