Remarks by the High Representative for UNAOC in Session II: Preventing & Countering Violent Extremism Conducive to Terrorism in Africa 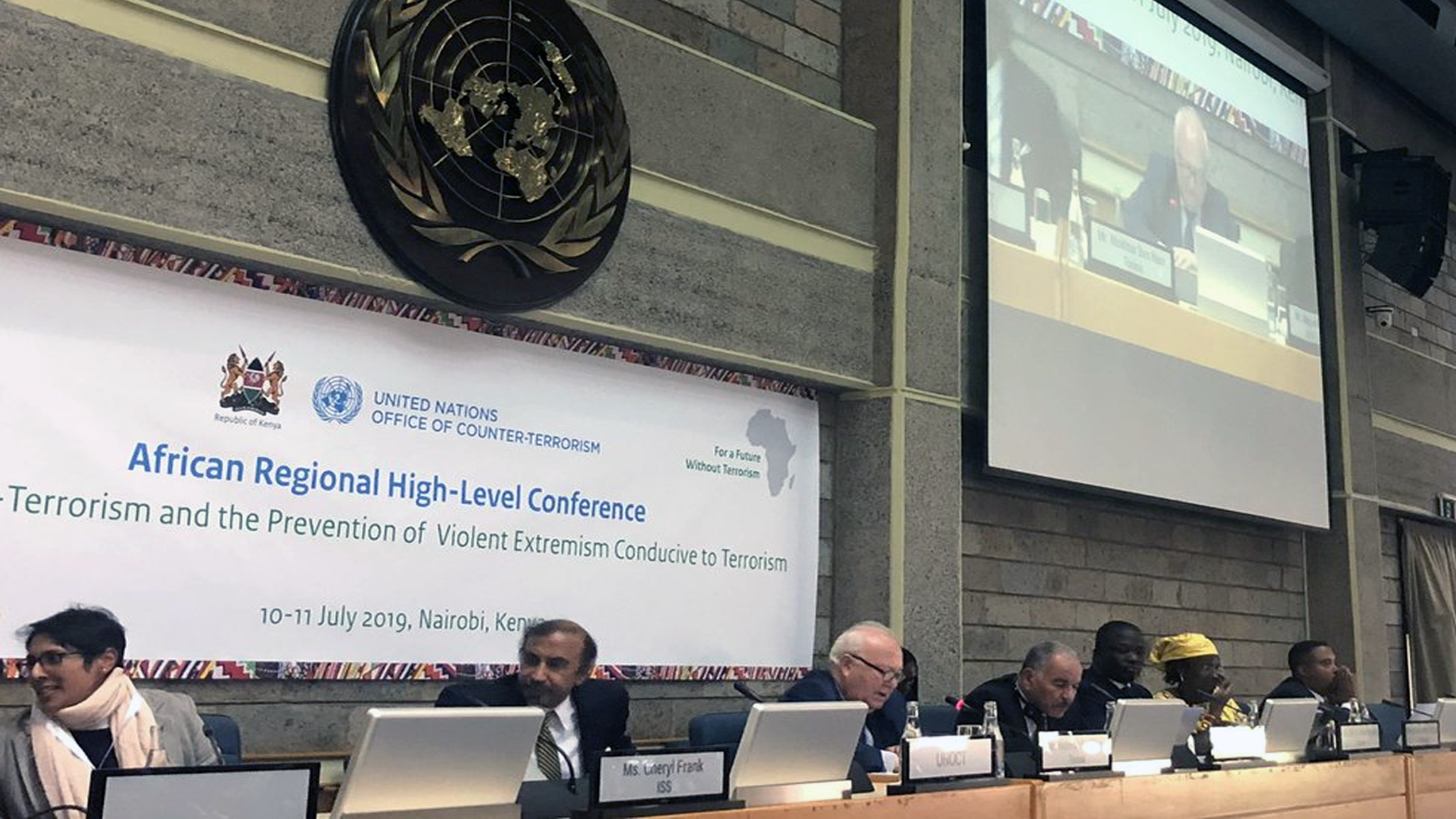 Terrorism and all forms of violence leading to acts of terror is an afront to the pillars of the United Nations namely international peace and security, sustainable development and human rights. Despite progress made in many areas, acts of terror continue to strike everywhere and everyone, reminding us every day that no country is immune nor safe. I do not wish to repeat what we have already heard this morning from the distinguished speakers in the opening session. We should remain vigilant as foreign fighters are relocating in other countries. We also noted that terrorism is a transnational threat that operates simultaneously. This means that no one country can defeat it alone. A more holistic approach is needed to defeat this growing menace. An approach that makes full use of soft-power political tools and complements law-enforcement, military solutions and security measures.

The United Nations Alliance of Civilizations, the UN entity that I was privileged to lead since January 2019, has recognized since its creation 15 years ago, that identifying and addressing the root causes or the drivers of violent extremism leading when conducive to terrorism is key to prevention. Unresolved conflicts and new emerging conflict, lack of opportunity, exclusion, inequality, discrimination and serious violations of human rights  underlie a few of the root causes for acts of violent extremism conducive to terrorism. We have also realized that intercultural and interreligious dialogue is a powerful tool, but often neglected. Dialogue is a cini- qua -non, that is capable of breaking the walls of ignorance and building bridges of understanding, respect and acceptance, Injecting the spiritual and religious component in conflict resolution complements and enriches other approaches.

However, dialogue should not be the sole prerogative of theologians and anthropologists. Dialogue should be inclusive. Aiming at realizing goal 16 of the SDGs, we continued to carve out space for community-leaders, municipalities, civil society, youth grassroots and women to engage in inter-religious and intercultural dialogue in order to support efforts in the prevention of conflicts, radicalization, and building social cohesion and resilience.

At UNAOC, we work with youth and for youth, mobilizing their transformative power, while emphasizing at the same time that they are game-changers rather than victims. In the 1st High level Meeting for Heads of Counter-Terrorism Agencies that the UN Secretary-General convened last year, The United Nations Alliance of Civilization as a member of the UN Global Counter Terrorism Coordination Compact co-organized a side event with other partners including UN entities and civil society. The theme focused on Countering and Preventing Violent Extremism through Communications and Empowerment Strategies involving Youth. Panelists from Finland, Jordan, the Institute of Strategic Dialogue shared details of their respective projects on youth engagement for preventing violent extremism, including evidence-based approaches and creative use of online video dramas and music to appeal to youth. We wanted to demonstrate that UNAOC firmly believes that an all-of-government, all-of-society and all-of-UN approach is the ideal approach to preventing and countering terrorism, involving a broad range of partners at national, regional and global levels.

Meanwhile, AFRICA has been and still is in the frontline in terms of its global struggle against terrorism.  Kenya has suffered the scourge of a terrorist attack earlier this year. Since January about a dozen African countries, including Burkina Faso, Cameroon, Libya, Mali, Nigeria, CÔte d’ivoire and Somalia, have suffered terror attacks in which thousands of civilians have been killed. In most of these terrorist attacks from extremist and terrorist groups , no clear political, religious or local goals were identified. As far of my new vision for the Alliance, I am planning to launch several initiatives in East, West and Central Africa to support peace-building and reconciliation efforts.

Religious sites are soft targets. They also have their special significance. That’s why in the aftermath of the heinous attacks in Christchurch, New Zealand, the United Nations Secretary-General requested me to develop a Plan of Action to explore actions to prevent attacks and, most importantly, guarantee the safety of worshippers to practice their rituals in peace.

The Secretary-General asked me to reach out to governments, religious leaders, faith-based organizations and other relevant stakeholders to ensure that the Plan contain concrete and action-oriented recommendations that can help ensure that religious sites are safe and that worshipers can observe their rituals in peace.

I have been conducting a series of consultations since April with governments, religious leaders, civil society, and other relevant stakeholders, the Plan of Action is action-oriented and can really make a difference in the field.

Once approved by the UN Secretary-General , I plan to conduct a series of regional meetings to outline the implementation process of the Plan. Africa will be one of these regions. In this context, I plan to convene a meeting in Equatorial Guinea.

Concluding, I look forward to learning from all of you as I listen to your experiences, good practices and lessons learned.
I also hope that this conference will generate enough momentum that would carry us all to fulfil the commitments we made in preventing and countering terrorism.