"The Secretary-General asked me to reach out to governments, religious leaders, faith-based organizations and other relevant stakeholders to ensure that the Plan contain concrete and action-oriented recommendations that can help ensure that religious sites are safe and that worshipers can observe their rituals in peace."

Open Briefing of the Counter-Terrorism Committee on ‘Protection of soft targets through local engagement and public private partnerships’
27 June 2019, 3:00-6:00 p.m.
New York, UN Headquarters, CR 2
Remarks by the UN High Representative of the Alliance of Civilizations 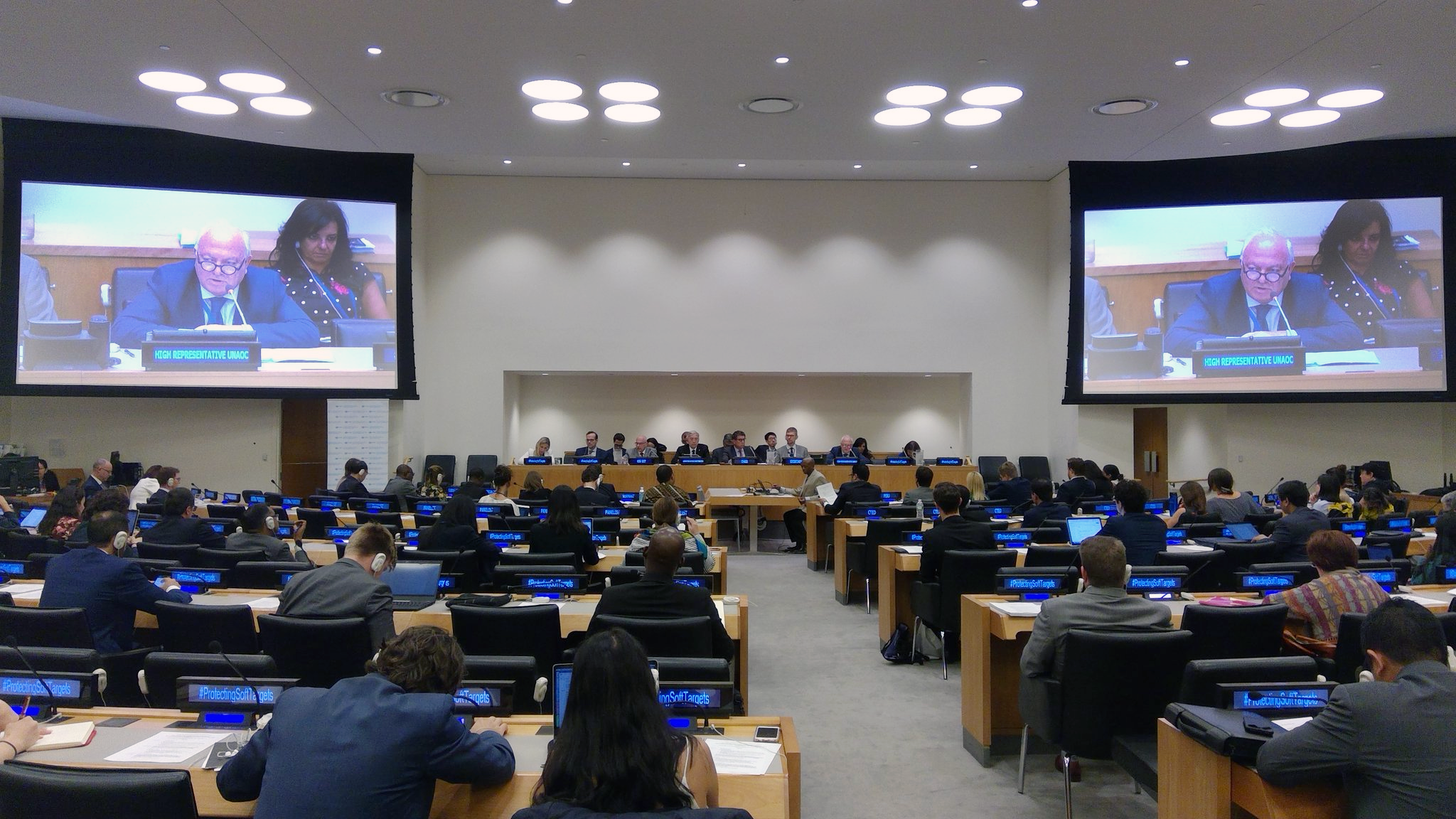 I am particularly pleased to participate in this open briefing of the Security Council Counter-Terrorism Committee for the first time and I look forward to having the opportunity to brief the Security Council on the work that the Alliance of Civilizations is developing under my leadership in due course.

As you know, in the aftermath of the heinous attacks against mosques in Christchurch, New Zealand, the United Nations Secretary-General requested me to lead on the elaboration of a Plan of Action to explore actions to prevent attacks and, most importantly, guarantee the safety of worshippers to practice their rituals in peace.

The Secretary-General asked me to reach out to governments, religious leaders, faith-based organizations and other relevant stakeholders to ensure that the Plan contains concrete and action-oriented recommendations that can help ensure that religious sites are safe and that worshipers can observe their rituals in peace.

Since I was entrusted with this responsibility, I have been reaching out to religious leaders and representatives from Governments in New York, as well as in my official visits to Sri Lanka, Baku, China, Egypt, Russia, the Vatican and Austria. Tomorrow, I am heading for Saudi Arabia to continue my engagement with key stakeholders.

I would like to thank this opportunity to thank in particular those member states who participated in the 11 June briefing that I organized to update them on preparations for the Plan and seek their inputs. I was heartened by the overall support for the Plan and thankful for the inputs received. During that meeting, member states stressed the importance of ensuring that the Plan is global in nature and supports governments in the efforts to protect religious sites; the centrality of prevention including actions to combat hate speech particularly online; the role of women and youth; the need to include in the Plan actions for all key actors and the importance of framing the Plan in the context of relevant General Assembly and Security Council resolutions, and religious documents.

As a result of my discussions with relevant stakeholders in the consultative process that I am engaged in, it is clear to me that religious sites as ‘soft’ targets present unique challenges derived from their intrinsically open and welcoming nature, which makes them particularly vulnerable to terrorist attacks.
Furthermore, attacks against religious sites targeting worshipers are likely to have political impact, cause high number of casualties and wounded and contribute to propagate the message of violent extremist groups and individuals.

Striking the most appropriate and context-sensitive balance between stricter security protocols and the preservation of the open nature of religious sites is likely to pose challenges for religious leaders and worshippers. However, it is important to recognize that strengthened security measures may be needed to ensure better protection against potential attacks. In any case, it corresponds to all those relevant actors involved in safeguarding religious sites, including religious leaders and faith-based organizations, to make their own context-specific assessments and decide accordingly.

In view of all these considerations, and based on the inputs that I have received in my consultations so far and on my own reflection, I intend to structure the Plan as follows:

1. A preamble to contextualize the Plan and include principles in which it will be anchored. This section will build on recently adopted relevant General Assembly resolutions and on religious texts promoting intercultural and interfaith dialogue and understanding.

2. A section on prevention which will take stock of some of the main initiatives on the prevention of violent extremism and will highlight the role of all main stakeholders including member states, religious leaders and civil society in preventing violent extremism. Continued and pro-active engagement by all actors, the role of social media and the importance of education will also be highlighted. On social media, the Plan will take inspiration from the recently adopted Christchurch Call to Action.

The Plan will also include a global communications campaign to foster mutual respect and understanding. Terrorist attacks, hatred and violent extremism seek to divide us. A campaign to foster unity and solidarity could be very powerful to counteract those messages.

3. A section on how to respond to attacks against religious sites and worshippers who are peacefully practicing their rites will stress the importance of having normative frameworks and national plans to address the protection of religious sites, and include some recommendations for all relevant actors to strengthen their own internal security measures and to work better with each other.

As we all know, the impact of the Plan will depend on its implementation and ability to assist relevant stakeholders be better prepared to safeguard religious sites and the safety of worshippers. In this context, I welcome the global comprehensive programme on protection of vulnerable targets, especially safeguarding of religious sites from terrorism-related threats, that Under-Secretary-General Voronkov mentioned in his remarks and that will be implemented under the leadership of UNOCT, in consultation with my Office, CTED and other relevant UN entities.

The global programme is a timely initiative which will prove very helpful to operationalize the Plan of Action and to ensure momentum once the Plan is launched.

The program aims to assist in the development of domestic frameworks and mechanisms for risk-based decision making, information sharing and public-private partnerships to identify, prevent and counter threats against religious sites.

In terms of timeframe, the Secretary-General and I are of the opinion that the Plan should be completed in the earliest delay, so my intention is to finalize the document by the end of July and present it to the Secretary-General, who will then decide on further steps for its adoption.

Once the Plan is finalized, I am determined to spare no effort to continue to work with all relevant stakeholders to ensure that the Plan helps them to be better prepared to respond to possible attacks against religious sites.

I look forward to the discussion this afternoon and thank you again for giving me the opportunity to participate in this important briefing.