Themed “Citizens for Prosperity”, IGCF 2016 focused on the relationship between governments and their people, and explored how government communication impacts vital socio-economic sectors such as education, health care, unemployment, poverty eradication, and more.

Al-Nasser said: “Violent extremism, in all its forms, has reached unprecedented levels and this requires us to create transformative strategies beyond the existing legal, military or security measures already in place. Together we need to address the causes of extremism.”

Referring to the use of social media by extremist groups to radicalize and recruit young people, Al-Nasser added: “In the online world, real-time connections allow easy access to information. Extremist groups capitalize on this unregulated world to communicate violent ideologies to the most vulnerable people to undermine our shared values of peace, justice and humanity. This is why we need to continue empowering national communication strategies to align government and media communications for the purpose of addressing and targeting hate speech.”

UNAOC also held two workshops. The first one focused on the impact of UNAOC Programmes involving youth in the promotion of tolerance and diversity across the world. The workshop was attended by a large group of local youth eager to learn how to get involved in UNAOC initiatives.

The second workshop, “Prevention of Violent Extremism and Hate Speech: Sharing Good Practices in the Use of Social Media”, focused on preventing and countering the agenda of intolerance and hatred in the media. The workshop outlined UNAOC’s initiative that looks to tackle xenophobia, stigmatization, polarization and discrimination, which occur as a result of hate speech.

Ms. Nihal Saad, Chief of Cabinet and Spokesperson for the UN High Representative for UNAOC, explained that the world is facing the same cultural divide experienced after 9/11, and that this divide is exacerbated by the prevalence of unconventional media channels that aid the dissemination of wrong information and a rhetoric of hatred.

The UNAOC Hate Speech initiative has been built around three main pillars of global symposia, a strategic media campaign to disseminate and share key media messages, and the drafting of a complete report on how to counter hate speech, which is to be published at the end of 2016 or in early 2017. The initiative’s hashtag, #SpreadNoHate, has reached millions around the world and was able to reach over seven million people just at the UNAOC symposium held in New York in 2015.

The Forum was the opportunity for promising discussions about future collaboration between the Sharjah Media Center and UNAOC on a number of areas of common interests, including youth, media and intercultural exchanges. The Forum was attended by His Highness Sheikh Dr Sultan bin Mohamed Al Qasimi, as well as key political figures, thought leaders, academicians, media representatives, and professionals from government communication departments in the UAE and the wider region. 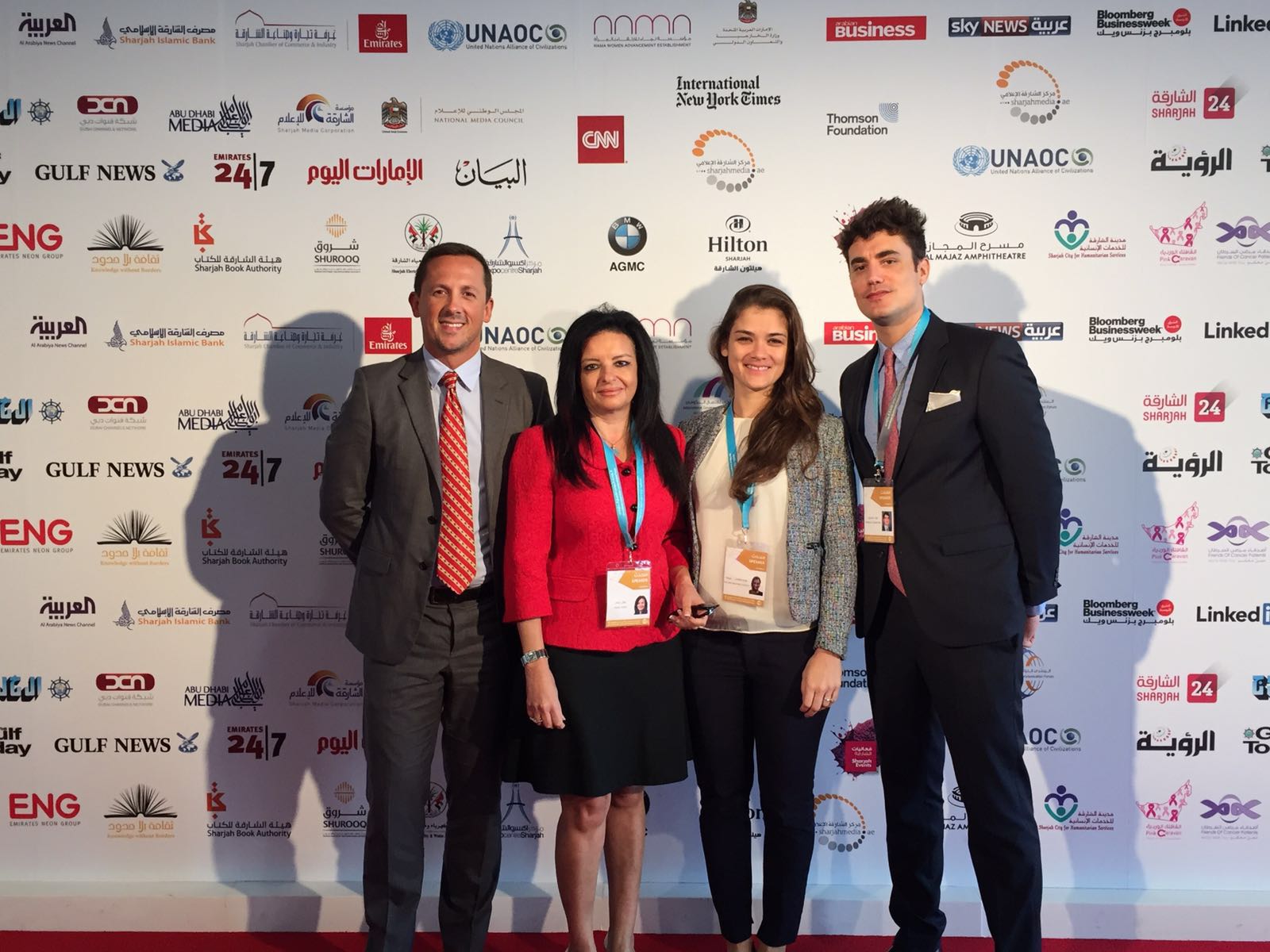