Description of organization:
SYLF is a non-governmental non-profit Somali youth organization established in 2003 and based in Mogadishu. The overall goal of SYLF is to empower youth by promoting peace, equality, education, freedom and human rights. 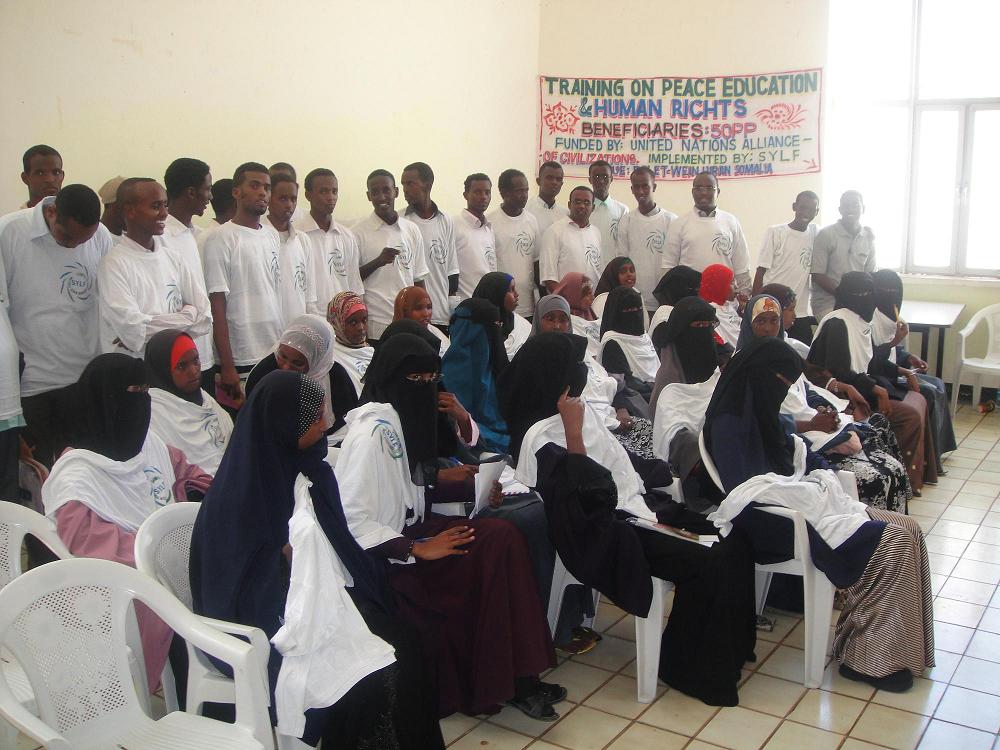 Project description:
“Promoting Peace Dialogue Amongst Youth” was a project that focused on launching a youth awareness campaign and on training selected Somali youth. The campaign focused on human rights, peace building and conflict mitigation, and was carried out in Beletweyne, Somalia. Approximately 300 young people were reached with the message of the campaign. The campaign was followed with a training on Peace Education and Conflict Resolution, which attracted 50 participants. One of the success stories that emerged from the project was that initially one young project participant planned to actually join the free militias of his clan so he could revenge another neighboring clan of his town for what they once had done to him. However, after he had received SYLF’s training, he decided not to join the militia. One of the concluding remarks received from the project manager was: “The project occurred at a time when the moral of Somali youth was low due to a peace building process that was reaching a stalemate. It was important for us to reaffirm the fact that a different reality was possible for Somalia, a reality that did not involve conflict. In order for us to do this, we had to reintroduce the value of peace and the importance of human rights. The fact that we managed to do this in two different locations made this project all the more gratifying for us, due to the fact that it reached more people in backgrounds that differ culturally, thus opening a dialogue for peace that included different voices and views.”