Within the framework of the United Nations Global Programme on the Security of Major Sporting Events, and Promotion of Sport and Its Values as a Tool to Prevent Violent Extremism 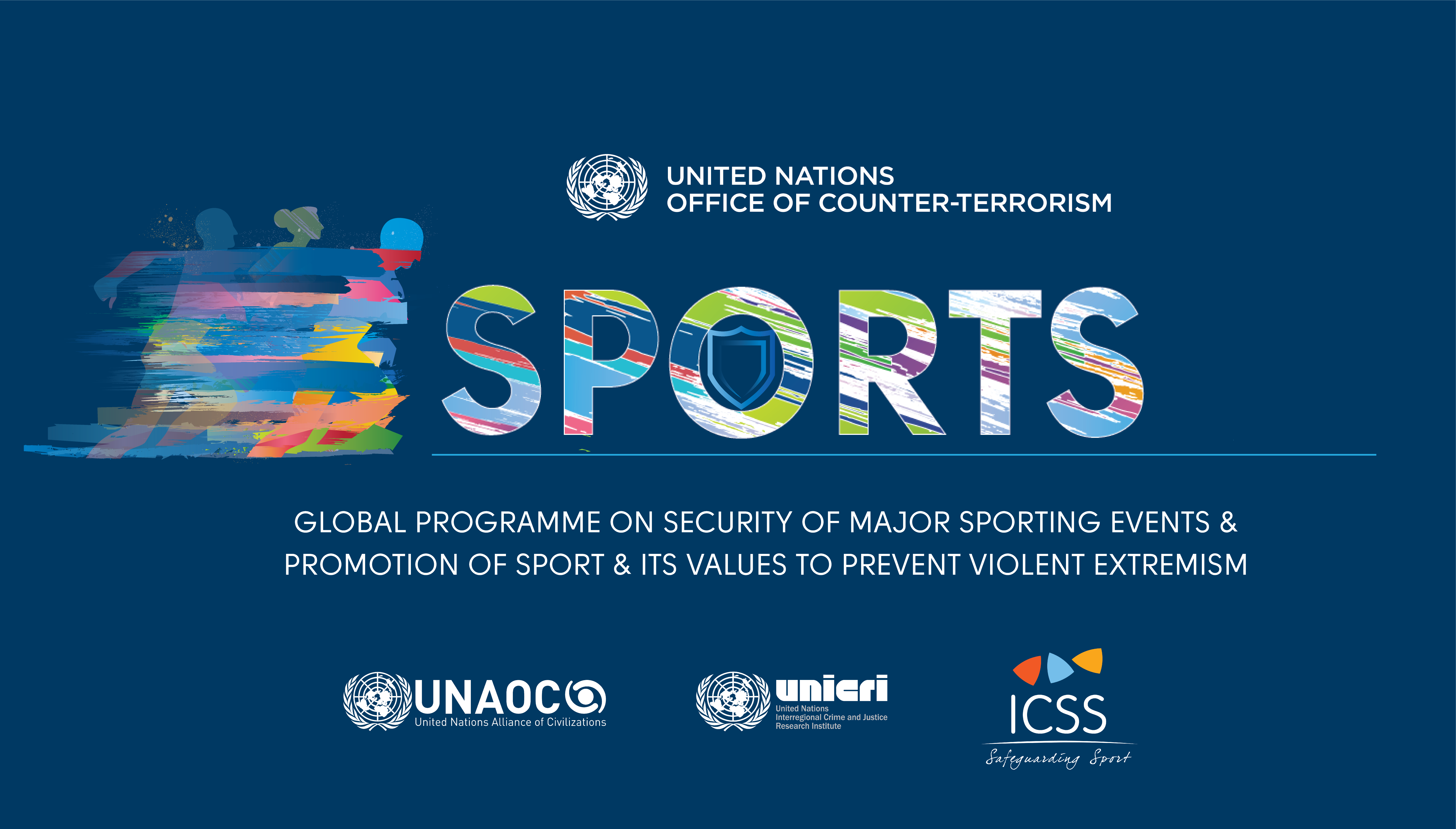 The United Nations Office of Counter-Terrorism (UNOCT) was mandated by the General Assembly to enhance coordination and coherence across the UN System’s counter-terrorism and prevention of violent extremism work to ensure the balanced implementation of the four pillars of the UN Global Counter-Terrorism Strategy. The Office coordinates and implements technical assistance and capacity-building initiatives to support Member States’ efforts to prevent and counter violent extremism (PCVE) conductive to terrorism, including through leveraging sport and its values as a tool to prevent violent extremism. Sports have historically played a significant role in the dissemination of positive values throughout the world and across civilization and cultures, especially for the youth, and is a powerful vector for the development of efforts aimed at preventing and countering violent-extremism and radicalization, promoting gender equality and the empowerment of women and girls, and facilitating integration at large.

With this vision in mind and within the framework of the “United Nations Global Programme on the Security of Major Sporting Events, and Promotion of Sport and its Values as a Tool to Prevent Violent Extremism”, UNOCT is convening a two-hour High-Level Meeting on the Prevention of Violent Extremism through Sports, in partnership with the UN Alliance of Civilizations (UNAOC), the UN Interregional Crime and Justice Research Institute (UNICRI), and the International Centre for Sport Security (ICSS). The event will precede the launch of a series of initiatives which include, inter alia, the development of a guide for policymakers, a training handbook, a global campaign and a grant-awarding mechanism for local civil society organizations (CSOs) working on sports-based prevention of violent extremism (PVE).
The 2030 Agenda for Sustainable Development and Security Council resolution 2419 (2018) on Youth, Peace and Security recognizes the “growing contribution of sport and culture to the realization of development and peace in the promotion of tolerance and respect as well as the contributions sport and culture make to the empowerment of youth and women, individuals and communities as well as to health, education and social inclusion objectives”. More recently the United Nations Security Council unanimously adopted resolution 2535 (2020) calling on United Nations entities to improve capacity-building by integrating the Youth, Peace and Security agenda into their technical assistance plans.

The virtual high-level meeting will feature discussions between senior United Nations Officials, Member States and international organizations representatives, policymakers, and sports personalities committed to the fight against violent extremism. The event will be followed by a technical level International Expert Group Meeting where representatives from governments, international and regional organizations, sport bodies, academia and CSOs will share experiences and discuss actionable good practices of sports-based interventions aimed at preventing and countering violent extremism that can inspire the inclusion and further acknowledgment of sports within national and regional action (PCVE) action plans.