MEDIA ADVISORY: A Tribute to the Memory of H.E. President Jorge Sampaio 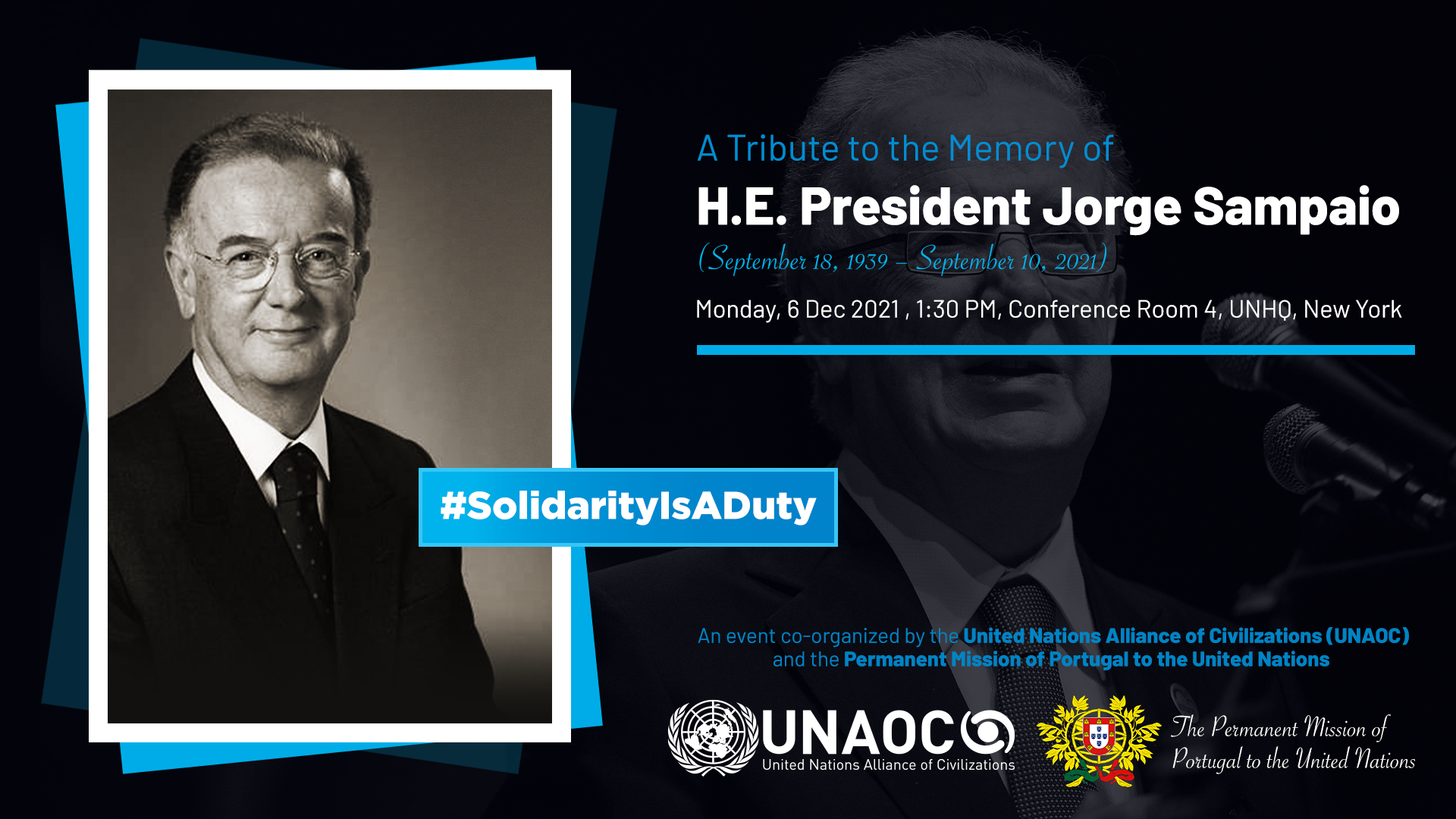 WHAT:
A commemoration event co-organized by the United Nations Alliance of Civilizations (UNAOC) and the Permanent Mission of Portugal to the United Nations to pay tribute to the memory of H.E. President Jorge Sampaio, former President of the Portuguese Republic and the first High Representative of the Alliance of Civilizations (UNAOC) and UN Special Envoy to Stop Tuberculosis. He passed away on 10 September 2021.

WHO:
(in no particular order)