UNAOC High Representative’s Remarks at the Virtual Dialogue with Human Rights and Civil Society Partners: ‘Building Together a Better Paradigm to Prevent and Counter Terrorism

Since UNAOC was launched more than 15 years ago, we long recognized the essential role civil society plays in their communities. Local organizations understand the context, culture, language, and needs. They are a vital link between Government, global, and grassroots.

Intervention by the High Representative
for the United Nations Alliance of Civilizations (UNAOC)
at the “Virtual Dialogue with Human Rights and Civil Society Partners:
Building Together a Better Paradigm to Prevent and Counter Terrorism” 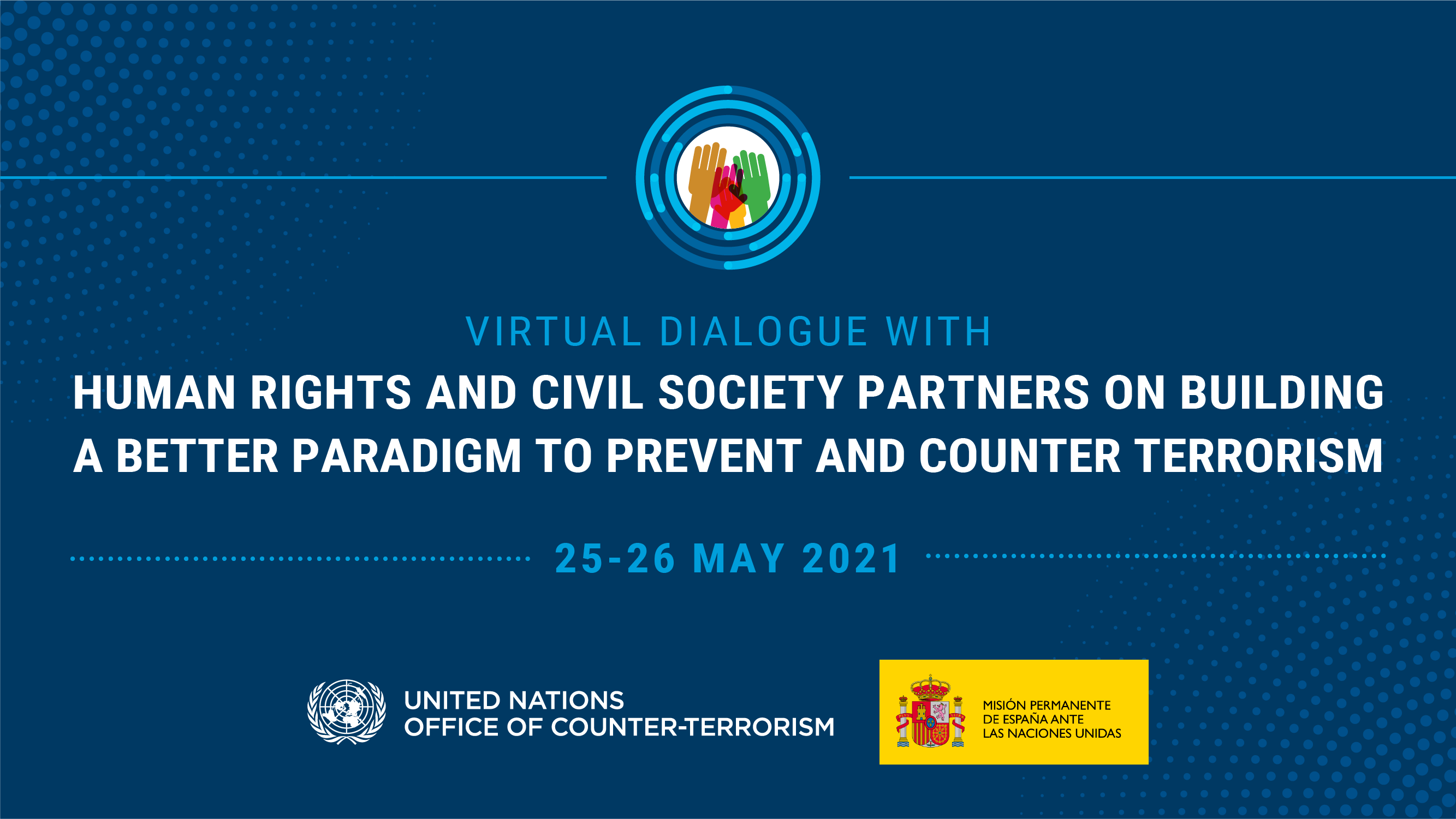 I am very pleased to be addressing this important topic. Since the United Nations Alliance of Civilizations was launched more than 15 years ago, we long recognized the essential role civil society plays in their communities. Local organizations understand the context, culture, language and needs. They are a vital link between Government, global and grassroots. In a disaster, they can be faster and more flexible than larger organizations. At all times, they provide bonds of solidarity and trust. Women’s groups play a particularly valuable role in supporting the economic and social fabric. Youth-led NGOs, contribute to bridging the generational divide.

Over the years, we made considerable efforts to ensure the meaningful participation of civil society actors including youth-led NGOs, faith-based organizations and grassroots. In doing so, we have adopted the three Ps approach: Participation, Promotion and Partnership.

To ensure the voices of civil society actors are well-represented, we created a broad, safe space showcasing the work they do on the ground through global and regional forums that we organized or co-organized.

Through our cross-cutting project activities, we reached out, partnered and supported youth-led organizations and grassroots through seed-funding or mentoring. From South-East Asia and Africa to Europe, Latin America and the MENA region we saw first-hand how their projects contributed to promoting cultural diversity, interreligious dialogue and mutual respect.

Since we broadened the scope of our work in the area of Preventing and Countering Violent Extremism as and when conducive to terrorism, we launched a number of projects in partnership with other UN entities. Just to mention the most recent :

We rolled out early this year phase II of #YouthWagingPeace: The Whole Community Approach to Prevention of Violent Extremism through Education” with UNESCO and Mahatma Gandhi Institute of Education, Peace and Sustainable. The project aims to empower and train South-East Asian youth leaders with skills and tools to create and implement community-wide PVE-E (prevention of violent extremism through education) activities against the backdrop of the rise in religious and ethnic related intolerance in South East Asia.

UNAOC , UNESCO and UNOCT launched the call for applications for the group’s seed-funded project on “Intercultural Dialogue and Socio-Emotional Competencies Peacebuilding”, in collaboration with the Mahatma Gandhi Institute of Education for Peace and Sustainable Development in New Delhi, India.

The “Young Peacebuilders” is one of UNAOC’s flagship programmes that provides educational workshops for youth-led grassroots to acquire intercultural competencies and build critical thinking skills to help foster cross-cultural dialogue and counter stigma and contribute to PCVE efforts. Since 2016, more than 80 regional youth leaders, aged 18 to 25, from 25 different countries benefited from the programme. These young people reached over 1,000 individuals by organizing step-down peace activities in their own organizations and communities.

Since 2008, UNAOC has launched seven editions of its Youth Solidarity Fund, providing seed funding and capacity-building to 63 youth-led organizations based in Africa, the Americas, Asia and Europe. Their projects promoting intercultural and interfaith dialogue reached 94,055 direct beneficiaries in 39 countries. In total, more than 1.7 million direct and indirect beneficiaries have been impacted over the past ten years. Youth-led organizations from countries such as the Central African Republic, Indonesia and Sri Lanka were supported through YSF during 2018.

IIA is a model for a successful partnership with the BMW Group in which we recognize and support the most innovative grassroots projects encouraging intercultural dialogue and cooperation around the world, hence contributing to PCVE efforts . Since 2011, the Intercultural Innovation Award, has supported more than 60 organizations coming from more than 30 countries to expand and scale up their innovative projects encouraging intercultural dialogue. The selected organizations expanded their operations to over 115 countries, impacting over 6 million beneficiaries.

Countering stigma and hate speech is essential to the PCVE effort. With IOM, we awarded and encouraged talented and creative young women and men, many under the age of 12 who created videos that provided a counter-narrative to stereotyping, racism and hate speech against minorities. Since 2009, we selected videos from over 3,200 video entries representing 110+ countries through the PLURAL+ Youth Video Festival.

Concluding, civil society plays an increasingly influential role in setting and implementing development agendas throughout the world. Many have been at the forefront of advocating principles of equity, inclusiveness, diversity and social justice rooted in human rights. UNAOC continues to encourage and support those essential actors whose goals, values and humanistic-driven philosophies accord with its own.

We look forward to continuing to collaborate with them and with other UN entities with relevant mandates.