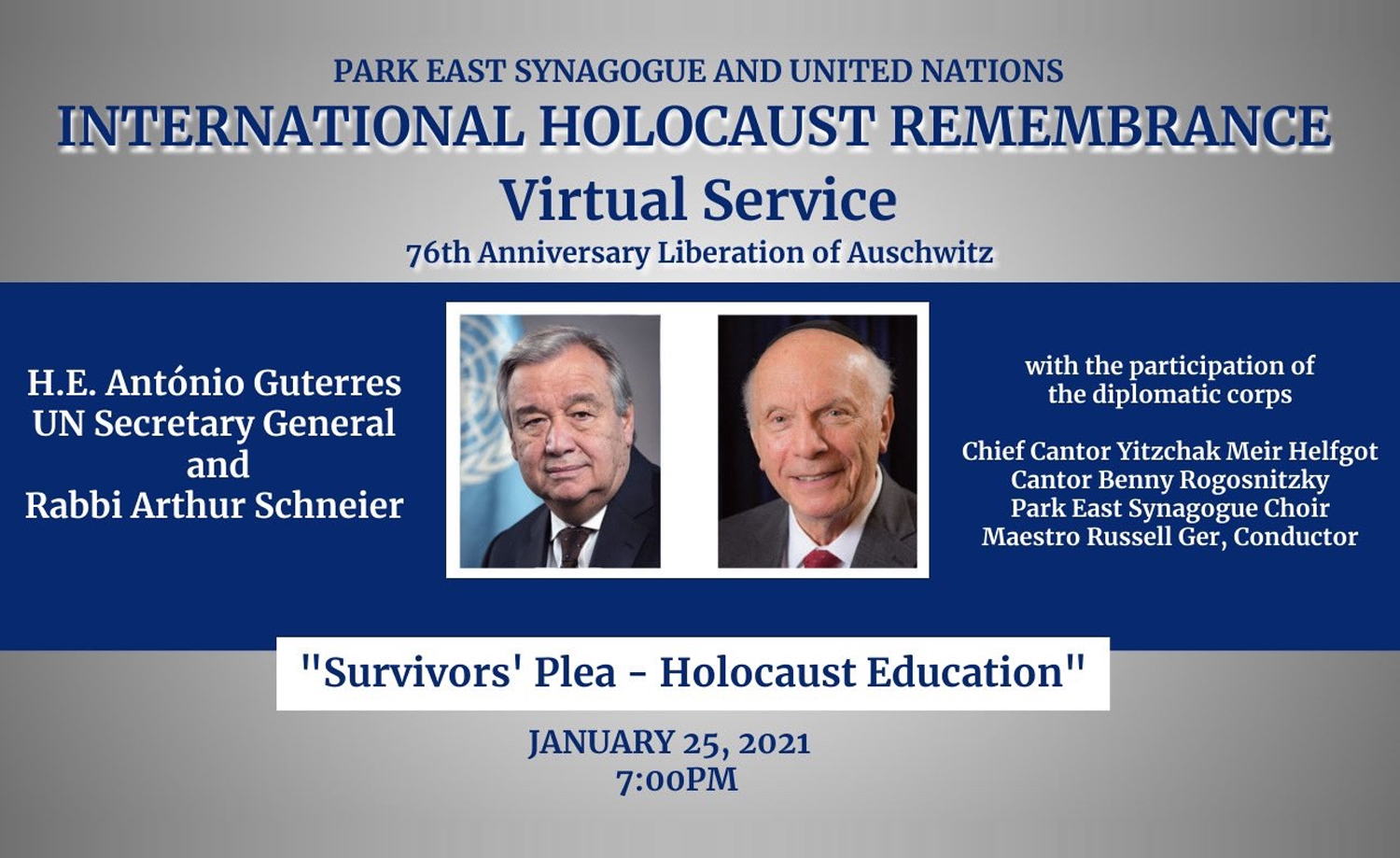 It’s my profound honor to participate in your annual congregation honoring the victims of the Holocaust .

This year as we commemorate the 76th Anniversary of the liberation of Auschwitz-Birkenau, I wish to salute survivors of the holocaust who continue to inspire us with their strength and solidarity. I especially thank my dear friend Rabbi Arthur Schneier, a Holocaust survivor himself and an avid advocate for the objectives of the United Nations Alliance of Civilizations. Like us, He believes we must work together in unity and solidarity to build bridges instead of erecting walls. He was among the first to support the UN Plan of Action to Safeguard Religious Sites.

This is the spirit needed today more than ever before as we see the resurgence in anti-Semitic attacks here in the United States and in Europe.

This is a reminder that although 76 years have elapsed since Auschwitz, but hate against the Jews has not ended.

To end anti-Semitism, we should combat all forms of hate, bigotry and discrimination based on any religion or belief.

Building cohesive and inclusive societies through promoting intercultural and interreligious dialogue and addressing all forms of discrimination and hatred , including against Jews, is at the core of the work of UNAOC.

In this context, the past months have been particularly significant for me. In February 2020, the United Nations Secretary General designated me as the UN Focal Point to monitor anti-Semitism and enhance a system wide response. I am proud to be entrusted with this huge task and I count on your support and collaboration and will do my utmost to strengthen a collective response to end this menace.

Only by remembering the past can we hope to shape a better future. So, today, let us reflect on the lessons learnt from the Holocaust and re-commit to building together a better world where there are many cultures and one humanity.