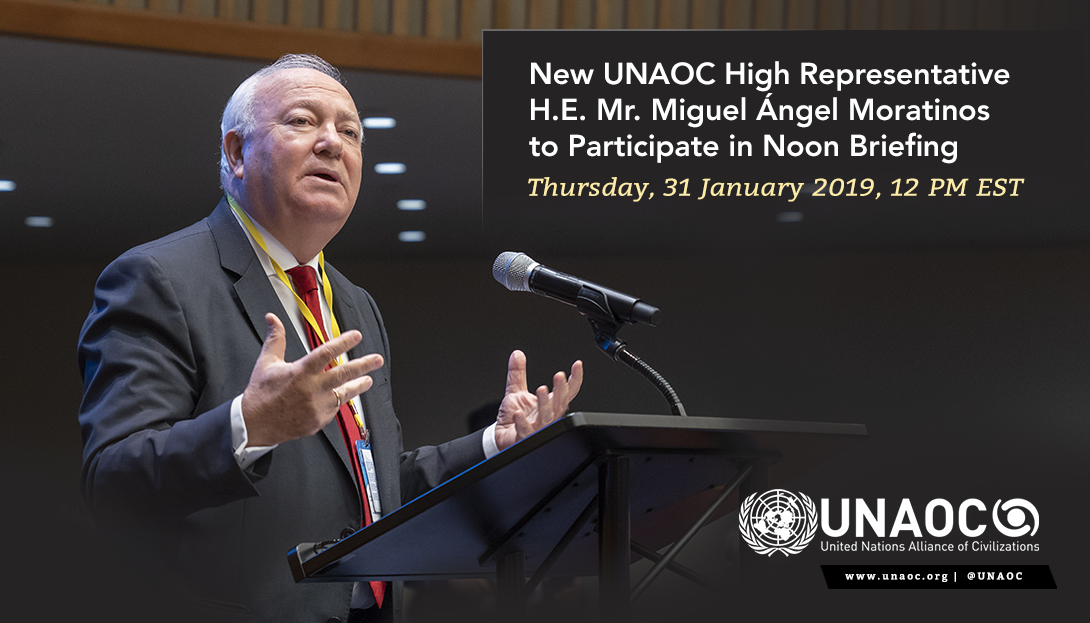 The new High Representative for the United Nations Alliance of Civilizations (UNAOC), H.E. Mr. Miguel Ángel Moratinos, will be a guest at the noon briefing on Thursday 31 January. This will be his first media engagement since his appointment by United Nations Secretary-General António Guterres and assuming his post on 7 January 2019.

Mr. Moratinos is the former Minister of Foreign Affairs of Spain (2004-2010), a time during which he was instrumental in the creation and launching of UNAOC in 2005.

The noon briefing will be an opportunity for Mr. Moratinos to present his vision as he takes on his new functions at the head of UNAOC.

UNAOC is a political initiative of the United Nations Secretary-General established in 2005 and co-sponsored by the Governments of Spain and Turkey. UNAOC’s mission is to improve understanding and cooperation among nations and peoples across cultures and religions and in the process, to help prevent and counter the forces that fuel polarization and extremism. UNAOC’s activities are fashioned around four pillars: Education, Youth, Migration, and Media.