The Youth Consultation brought together 24 female and 26 male youth leaders, between the ages of 15 and 29, from 38 countries and five continents, with experience in the fields of sport, peacebuilding and/or the prevention of violent extremism (PVE). 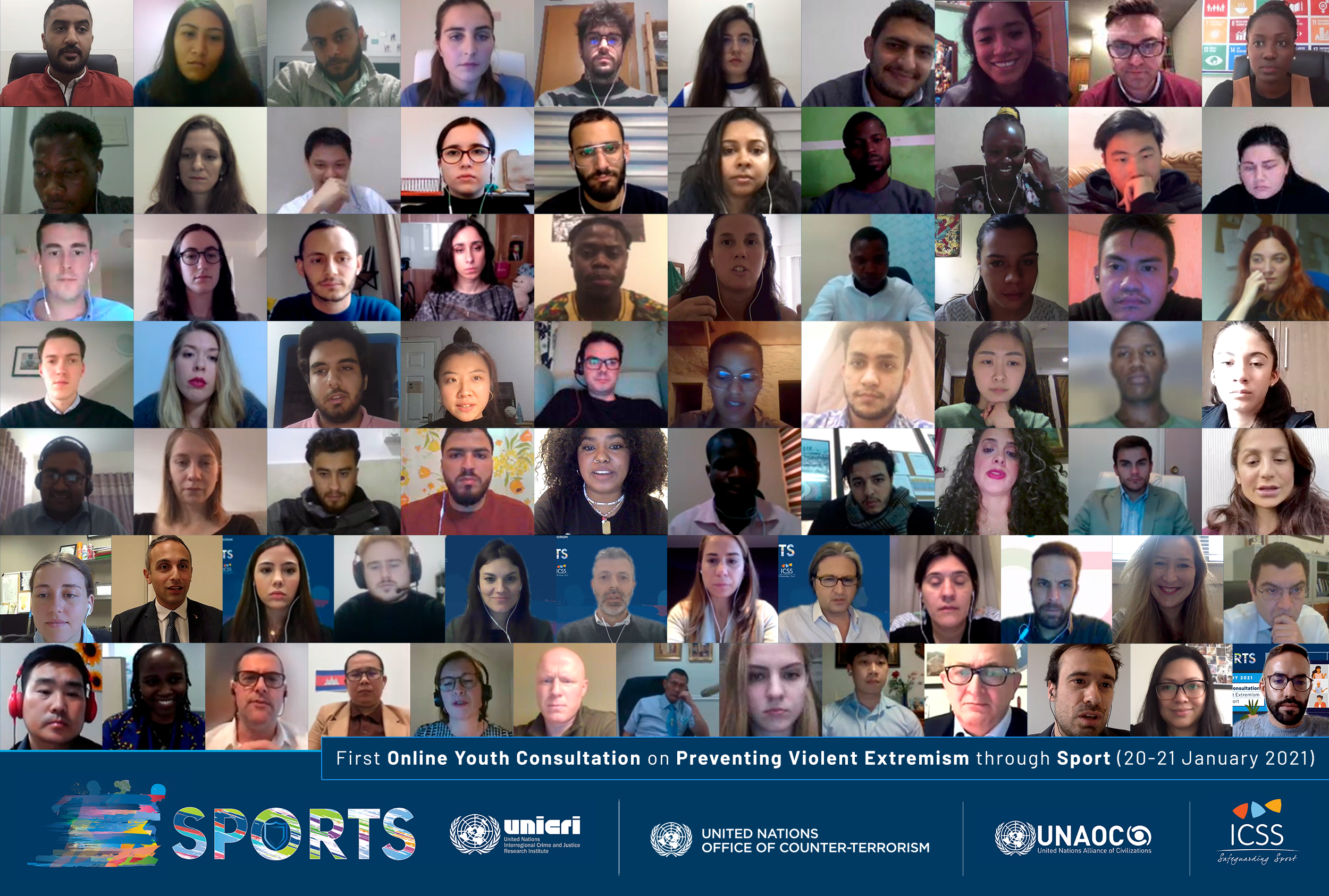 New York – The United Nations Alliance of Civilizations (UNAOC) led the first Online Youth Consultation on Preventing Violent Extremism through Sport on 20-21 January, within the framework of the UN Global Programme on Security of Major Sporting Events, and Promotion of Sport and its Values as a Tool to Prevent Violent Extremism. The implementation of the programme is led by the United Nations Office of Counter-Terrorism (UNOCT), in partnership with the United Nations Interregional Crime and Justice Research Institute (UNICRI), the United Nations Alliance of Civilizations (UNAOC), the International Centre for Sport Security (ICSS), in consultation with the UN CounterTerrorism Committee Executive Directorate (CTED) and with the participation of INTERPOL. The programme is financially supported by the State of Qatar, the United Nations Peace and Development Fund (UNPDF – funded by the People’s Republic of China) and the Republic of Korea.

The Youth Consultation brought together 24 female and 26 male youth leaders, between the ages of 15 and 29, from 38 countries and five continents, with experience in the fields of sport, peacebuilding and/or the prevention of violent extremism (PVE).

On the first day, youth participants provided inputs and suggestions to UN representatives on ways to develop various outputs for the Global Programme, such as a global communications campaign to be launched concurrently with Major Sporting Events (MSEs) and involving professional athletes scheduled to gain significant exposure during MSEs such as the 2021 Tokyo Olympics and the 2022 FIFA World Cup in Qatar; a guide for policymakers to support the inclusion of sport-based initiatives in PVE policies; and a training handbook and app to assist sporting events organizers with the provision of PVE tools.

On the second day of the event, youth participants had fruitful discussions with National Focal Points (NFPs) on PVE nominated by 20 Member States, assigned within the framework of the UN Global Programme to represent their respective entities within the global PVE NFP network. They discussed ways to improve the integration of youth in decision-making processes, both in implementing programme deliverables to maximize efficacy and in ensuring their long-term success.

The online consultation contributed to advance the role of sport and its values for the prevention of violent extremism and advocated for the meaningful and integral engagement of youth in sustainable peace and development.